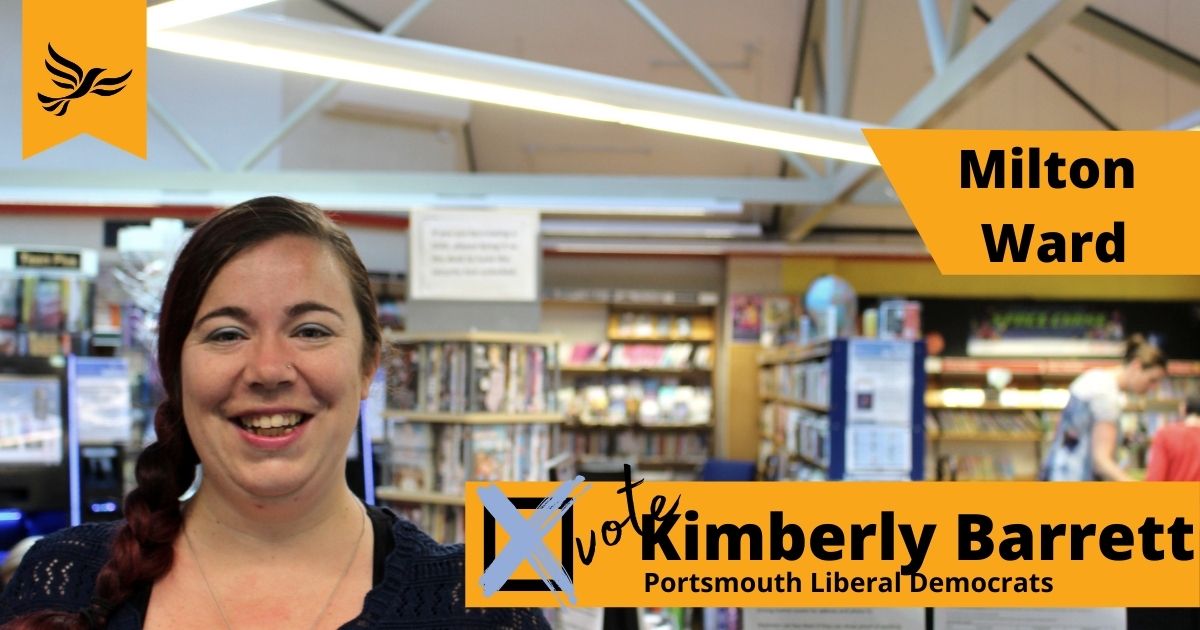 Introducing your Milton ward candidate in the May 6th local elections: Kimberly Barrett

"I'm Kimberly Barrett and I'm standing to be the new councillor for Milton and Eastney.

I was born and brought up in Milton and four generations of my family live locally. My husband Tom and I have two sons who attend local primary schools and I launched and run the "Keep Milton Green" Facebook page. We also look after an elderly dachshund.

I work at Milton Village Hall, and my mother works at the Beddow Library next door. I'm campaigning against inappropriate development at St James's and against Southern Water dumping raw sewage in Langstone Harbour.

Along with the Lib Dem councillors supporting local residents is at the heart of what I do. Whether it's getting rubbish removed from streets, working to get the new swimming pool built in Bransbury Park, getting residents parking zones for areas that want them, planting new trees in Milton Park.

I hope you will support me to be part of the Lib Dem team running the City Council in the Council Elections this spring."