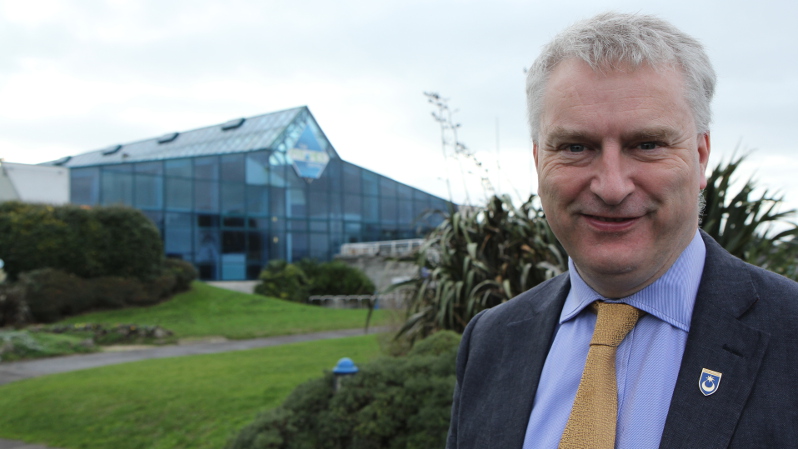 In 1945 the post war settlement tried to address the problems that has beset the world, and Europe, in the 1920s and 30s. The economic depression, poverty, protectionism, nationalism that led to wars and the abuse of citizens through the attack on minorities such as antisemitism.

With Brexit and Trump all that has changed.

With Trump in power he will have to deliver some of the things he promised.

Nafta will have to go, a trade war with China, a wall against Mexico, the treaty with Iran ditched, less interest in opposing Russian expansionism and a retreat from action on climate change.

And these are just the externally focused challenges. For people in the US domestic policy changes may be as radical.

The US seems to be going back to a pre 1945 mind set that turns in on itself and relinquishes their role as the global superpower which has mostly pushed an economically and political small L liberal agenda.

So we may well see a worsening of relations with Mexico and Canada. A trade war with China (which holds huge amounts of US Govt bonds). An Iranian regime with nuclear weapons to threaten Israel and Saudi Arabia. A non ratification of the Paris climate change deal and Russian destabilisation of Ukraine, the baltic states, Georgia, Moldova etc.

Brexit follows the same line for the UK. The decision by the UK to turn its back on working with others in Europe. The illusion that there is a good deal for the UK available from the EU is just a pipe dream. The decision to leave the EU was a decision driven by internal political issues within the UK. The countries of the EU also have their own domestic political reasons to make sure that their citizens see the UK getting a really bad deal from leaving the EU. All 27 other countries need to agree a deal and as we have seen from the Canadian trade deal that is really tough.

So the prospect for the UK is not great. Things will probably not happen in a flash but changes will be progressive. When I was talking to a large firm in Portsmouth employing 1,400 people their feeling was that there would not be a big announcement to pull out, but there would be the loss of outside investment in their plant as other plants in Europe were able to show that production there was less risky. If the deal is as expected - keep free trade and free movement, or lose both, then the Government is clear that we will lose both.

We are likely to see huge problems for the City of London. The chance of a passporting deal is minimal when Frankfurt, Amsterdam and Paris want to work London currently does. Why would US, Chinese and Australian firms have their European HQs in the UK when we are no longer part of Europe?

So trade will be down as barriers to trade are established. Taxes will fall as businesses do less well. More spending cuts will have to be found when the demographics show increased need for the NHS and social care. And what the is the Government's plan? According to the leaked memo the plan does not exist after five months. Internal political requirements will take precedence over the needs of the UK economy.

So is the liberal agenda of peace, respect for human rights and economic prosperity through free trade really dead? It just can't be. There is too much at stake for us to leave it to the far right in the US, in the UK and in Europe to lead us into an era of protectionism, of economic decline, of trade wars, of real wars, of dictators and aspiring dictators let free to attack minorities. We have to fight back, we have to change the agenda and fight hard for a internationalist, free trade, human rights respecting world where decisions are made based on evidence not prejudice. The recent result in Richmond Park has shown this is possible. We have to fightback.