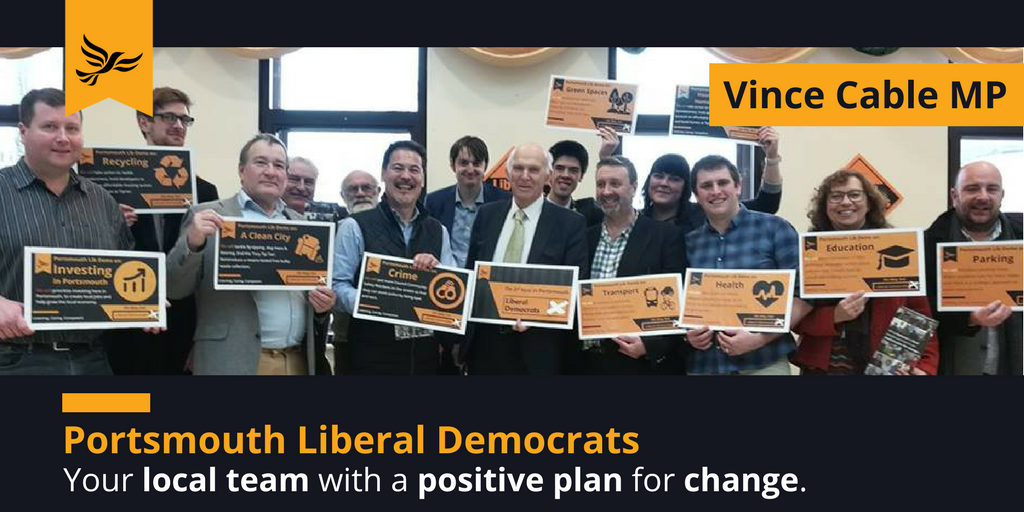 "I'm confident that Portsmouth will become the first major city to see the Liberal Democrats running the council again this May. We have a strong record of action here in Portsmouth having previously run the council for over a decade which saw council house building for the first time in a generation, a new Park & Ride, a new Ferry Port Terminal, new school buildings and major services protected from central government cuts.

"There's a great team of highly skilled councillors and campaigners ready to move Portsmouth forward after the local elections this May. As few as three gains could mean having the Liberal Democrats back in the driving seat at Portsmouth City council."