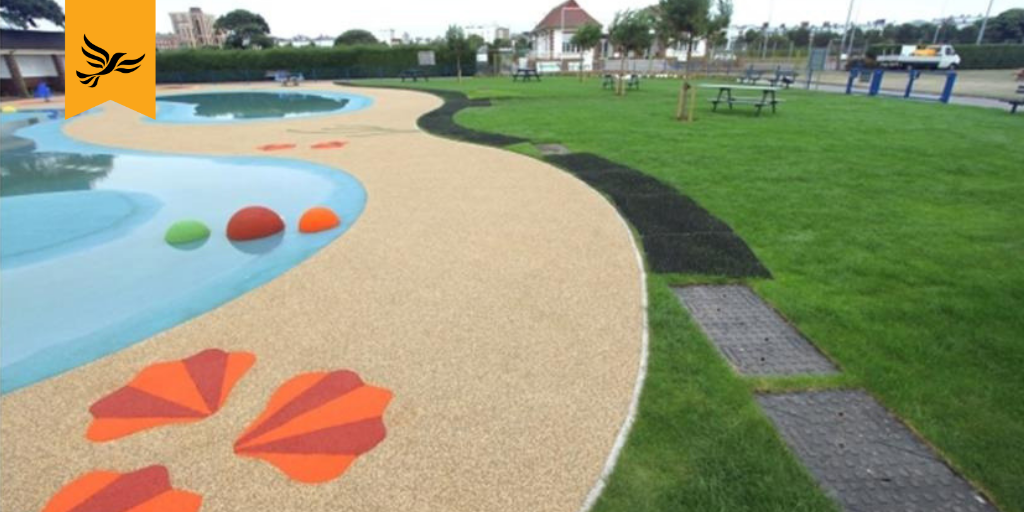 Lib Dem Southsea councillor, Steve Pitt, who is Deputy Leader of Portsmouth City Council, has announced an investment of £102,000 in Southsea splash pool, to make the popular facility viable for at least the next five years.

The money will be spent on refreshing the existing plant and filtration system to support improvements in water quality, introducing automated chlorination controls and resurfacing and landscaping the splash pool area.

"We're so fortunate to have so many free facilities for families along our seafront to compliment the beach. Southsea splash pool is so popular with families and this investment will ensure they can enjoy spending time there as part of their day out in Southsea for many more years," says Cllr Steve Pitt.

The funding is being recommended by the Lib Dems as part of Portsmouth City Council's capital budget which will go before Full Council for approval in February.