Steve Pitt is standing for election in Milton Ward. 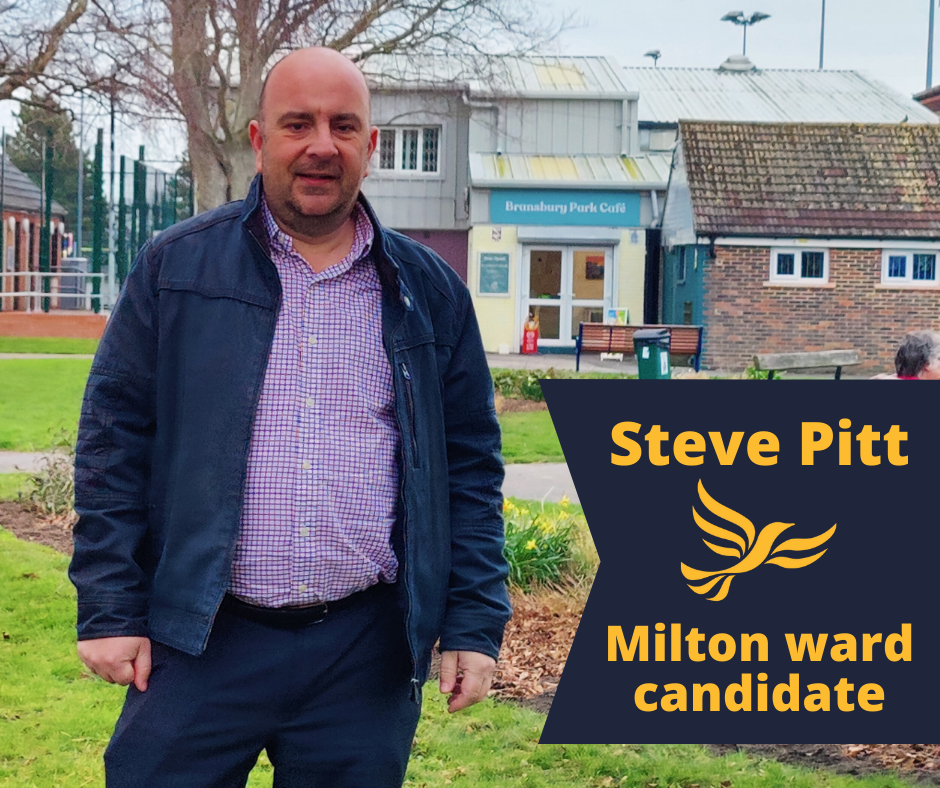 Steve lives on Westfield Road in Milton Ward and knows our area like the ‘back of his hand’.

Steve ran the popular music venue The Cellars and before that, the Royal Marines Club. He is a professional theatre director.

Steve is part of a hardworking team alongside popular local councillors Kimberly Barrett, Gerald Vernon-Jackson and Ben Dowling; getting things done for local people all year round.

He is a trustee of the Historic Dockyard, Milton Village Hall the St James’ Memorial Park Trust. He chaired the city’s Culture Partnership for over 6 years.

Steve believes that mental health is as important as physical health and has been a long term supporter of the group Tonic Music For Mental Health.

He helps several local homeless support groups. As well as raising money and making donations, he has personally cooked hundreds of meals to feed those on the streets.

Steve is chairing the trust trying to secure the Chapel at St James’s for community use. He has been working with other key local groups to oppose the current planning application at St James’s Hospital.

Steve was Deputy Leader of the Council from 2018 to 2021, leading on number of key projects, including securing the funding for the new leisure centre and pool at Bransbury.

He is passionate about all things to do with culture and heritage. He helped steer the Landing Craft Project and the successful Victoria Park restoration bid.

Steve led the council’s opposition to Aquind, securing the money to fight the scheme and directly taking the company to task. He joins the Stop Aquind protests.

Please elect Steve Pitt on 5 May.

He has the experience to be an effective voice for Milton and to be at the heart of decision-making in the city to get the best deal for local people.