Martin Northern is standing for election in St Jude Ward. 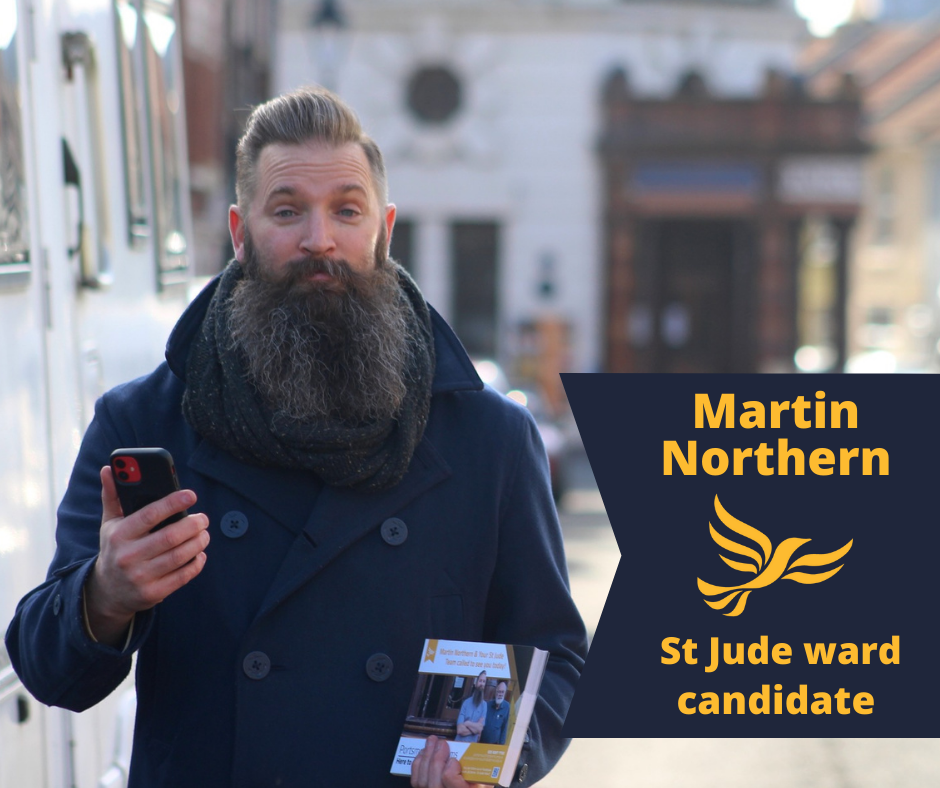 Martin grew up here and cares deeply about Southsea. He lives on Exmouth Road, in the heart of Southsea.

Martin has built-up his own business which works with local schools and charities.  He is also a trustee of Southsea Skatepark and volunteers for a local mental health charity.  He has the time and energy to put more back into our local community, so is standing to be your new councillor.

Martin has been volunteering with popular councillor Hugh Mason over the last few years and they will make a great team for local people.

A Record of Action…and a Promise of More!

Martin has already achieved some local victories – he has got better facilities for young people in Southsea to have more engaging things to do.
Martin led a survey asking residents their views on whether Palmerston Road South should be pedestranised.

Martin has also been working with Councillor Hugh Mason to get the council to introduce a new ‘graffiti hit squad’ and backs the Lib Dems plan to plant
30,000 more trees by 2030.

Martin and the Lib Dem team in Portsmouth are working hard to improve our recycling rates and expand the range of items collected. This year, household
food waste recycling is being rolled out to all homes in the city.

Martin believes everyone deserves a decent place to live and works with Councillor Hugh Mason to fight lazy and absentee landlords who do not look after their tenants.

Martin backs the Lib Dem scheme, where the council buys back former council properties that were purchased under ‘right-to-buy’ when they come up for sale, helping to tackle the housing crisis.

He has the energy and experience to be a strong voice for our community and to get the best deal for our area, by being at the heart of decision-making in the city as part of the Lib Dem team leading Portsmouth.