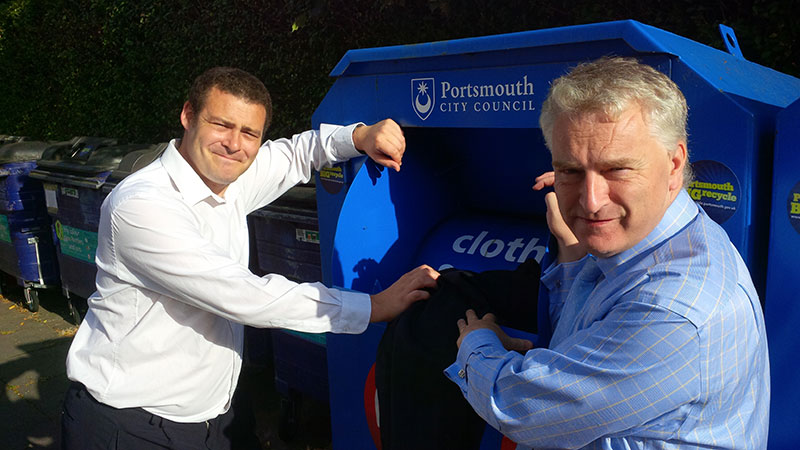 'Charity starts at home' as the saying goes, but nothing could be further from this at Portsmouth City Council's meeting last night.

As Christmas approaches, Councillors from all parties gathered to consider plans to budget for running the city next year, but one miserly proposal from the Conservatives stood out from the many mean cuts. They ganged-up to cream-off charity cash!

Dotted around Portsmouth are charity clothes banks. Last year when City Councillors agreed to take over the running of the various clothes bank sites on Council-owned land, like pavements and car parks - a promise was made that charity causes would not be worse off.

Lib Dem Councillors pleaded with them not to do this, but were ignored. Shockingly UKIPs Portsmouth [Nelson Ward] leader said:

"The less privileged are going to be collateral damage", adding, "my only option is to support this [joint UKIP/Tory/Labour] budget".