The letter is sent to George Eustice MP, Secretary of State for Environment, Food and Rural Affairs. It says:

I am writing to express dismay that pesticides containing Neonicotinoid Thiamethoxam have been given approval by your government to be used, despite a ban on this being introduced EU-wide in 2018.

This ban was brought in due to the negative impacts on bees and other pollinators. Back in 2017 the then environment secretary Michael Gove endorsed this ban, and in 2018 your government upheld the ban when an application for 'emergency use' was put before them because of the potential harmful impact on bees.

To see the UK government joining Denmark, Belgium, Spain and others to go back on this, gives everyone concerned about the environment and wildlife around the world cause for concern. I believe we should be sticking to the science, and nothing has changed since the 2018 ban. Bees and other pollinators aren't just good for the ecosystem, they are essential for humanity too.

Therefore I urge you to reconsider allowing this pesticide to be used and instead re-commit to protecting the bees, other wildlife, and the wider environment. 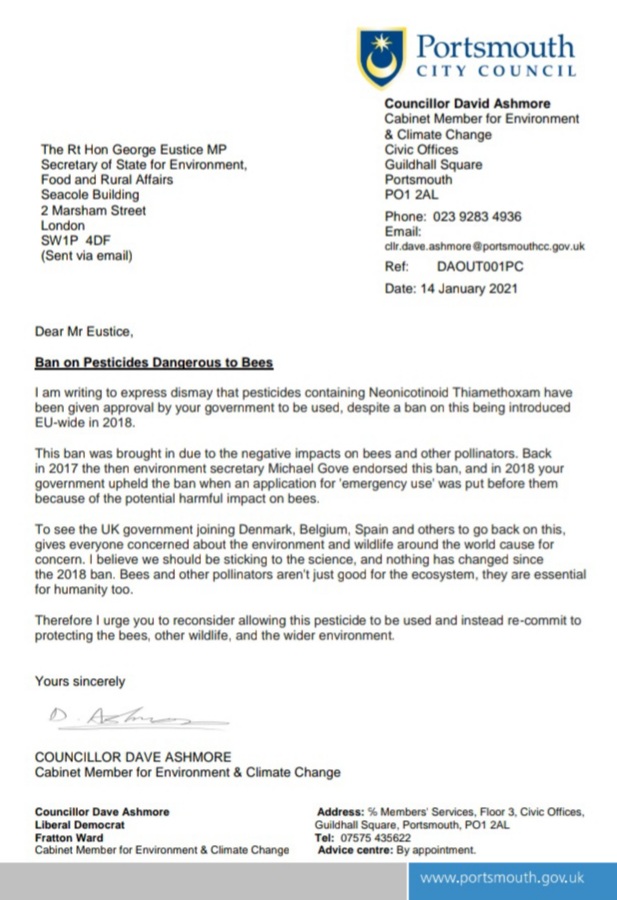