Portsmouth Will Remember Them 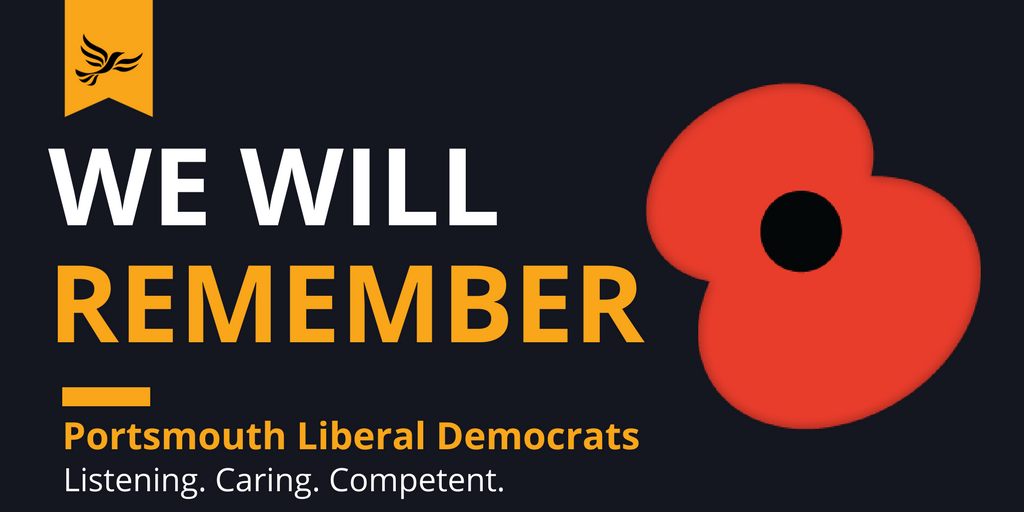 The Remembrance Sunday service will take place in Guildhall Square on 12 November.

Serving military personnel and members of ex-service groups will parade into the square from 10.30am, led by the Band of Her Majesty’s Royal Marines Collingwood and the Salvation Army Portsmouth Citadel Band.

The service will begin at 10.58am, led by the Very Rev David Brindley, Dean of St Thomas of Canterbury Anglican Cathedral, and Canon Dominic Golding of St John’s Catholic Cathedral.

A gun from HMS Nelson will fire at 11am to start the official two-minute silence. A second gun will mark the end of the silence and the Last Post will be played by the RM Buglers at the Cenotaph, followed by Reveille.

Portsmouth Military Wives Choir will be performing along with Hampshire Police Male Voice Choir, hymns will be accompanied by the Salvation Army and Royal Marines bands.

The Lord Mayor will be joined by Deputy Lieutenant, Admiral Sir Jonathon Band, to lead the civic delegation. The Leader of Portsmouth City Council, Cllr Donna Jones, and Louise Purcell from the Royal British Legion will both read a poem.

Senior officers from the armed forces and representatives from faith groups will also be in attendance.

Wreaths will be laid at the Cenotaph and the Second World War memorial to honour those who have died in all wars and conflicts.

The service and wreath-laying ceremony will be shown on the Big Screen in Guildhall Square.