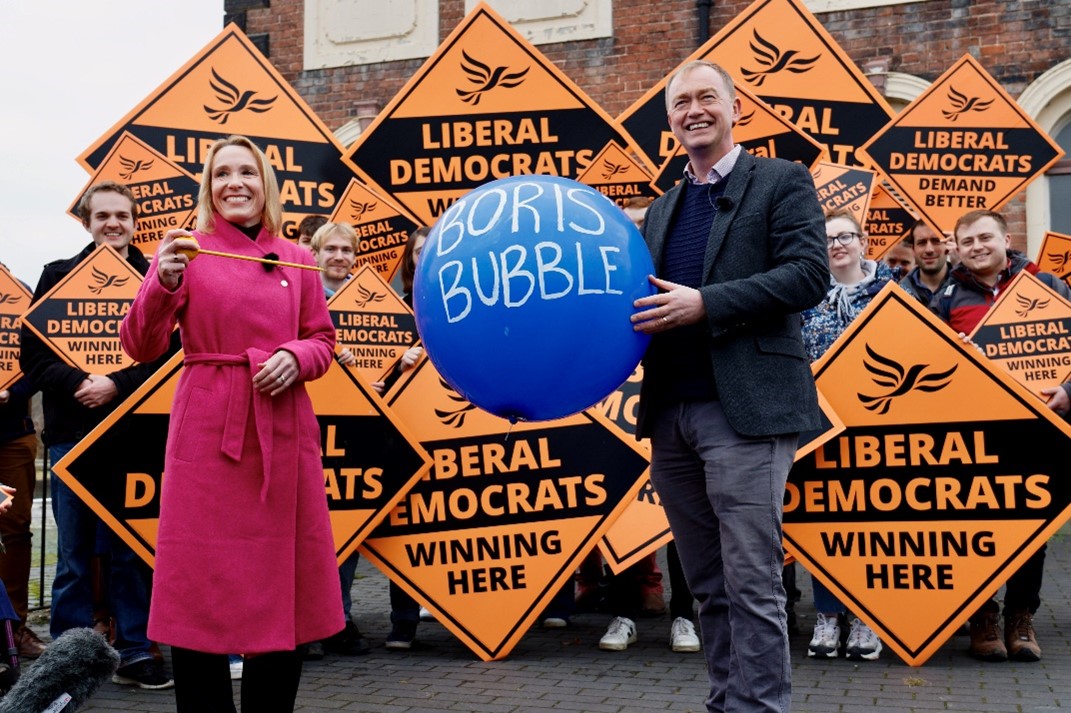 The unprecedented result in North Shropshire saw a landslide 34% swing from the Conservatives to the Liberal Democrats.

The by-election, brought about the resignation of Conservative MP Owen Patterson following the lobbying scandal, saw the Lib Dems leapfrog Labour as they shot to 47% of the vote and to win the seat.

Previously, North Shropshire had only ever elected Conservative MPs.

The shock result deals a major blow to the Conservatives under Boris Johnson and follows criticism around the No 10 party, sleaze and a revolt by his own backbenchers over his handling of Covid.

“The same factors that drove the Lib Dems surge in North Shropshire are starting to drive a change in voting intentions in Portsmouth.

On the doorstep, people are fed up with the smell of sleaze and surrounding the Conservatives and the Government.

Voters are also worried about the Conservative’s cost-of-living crisis and under-funded health services, that has shown up locally for example in the very long wait times for dentists, GPs and ambulances.  In December, Portsmouth was the second worst in the whole country for ambulance waiting times.

This stunning Lib Dem by-election victory happened because local people chose to get involved and to demand better for their community.

Following the win, we are seeing a surge in Lib Dem membership and support in Portsmouth.

Whether they are disillusioned moderate Conservatives or previously uninspired Labour-leaning voters, we will offer them a warm and friendly welcome as we set out our positive alternative vision for a fairer, greener and more caring city.

Voters in the North Shropshire by-election elected a new hard-working, local Lib Dem as their MP.

We are energised by their result and will campaign to follow in their footsteps in the May 22 Local Elections."