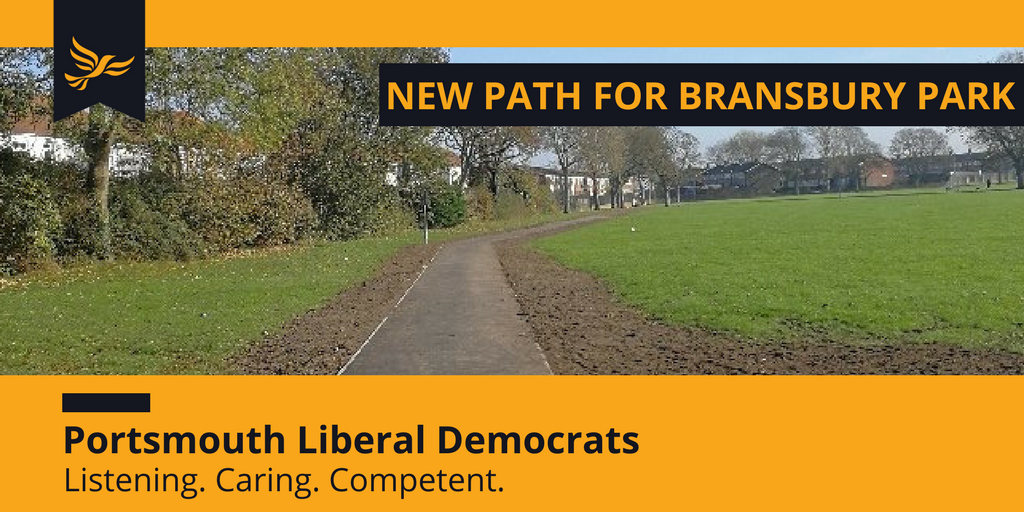 Local Lib Dem councillors Ben Dowling, Will Purvis & Gerald Vernon-Jackson in Milton Ward have secured funding for a new path along the northern side of Bransbury Park.

The route is one frequently used all year round - primarily by dog walkers but also by cyclists and pedestrians.

The northern side of Bransbury Park is known to get muddy/boggy in the winter and this new path will help prevent this. It also means Bransbury Park will have a fully circular path for the park similar to other parks in the city including Milton Park and Victoria Park.

The team have already had positive feedback from regular park users who are pleased to see the improvements being made.