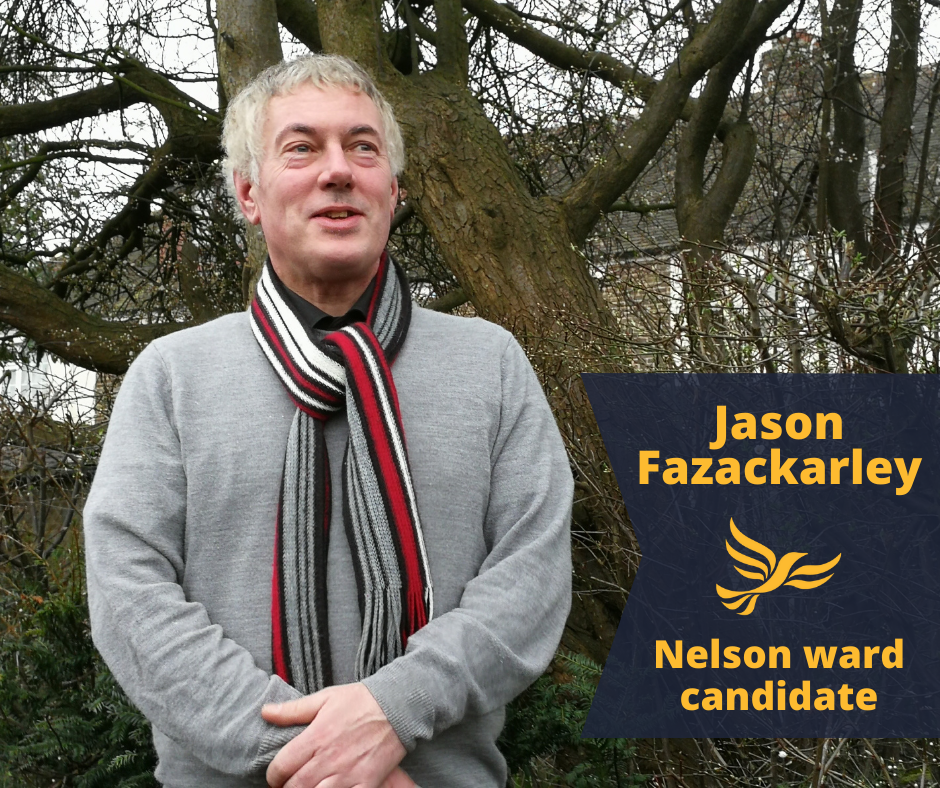 Jason Fazackarley has served as a local councillor for the people of Nelson Ward (North End, Buckland, Stamshaw and Tipner) for over 20 years.

He lives locally on Cardiff Road in North End and knows the area ‘like the back of his hand.’

After leaving school, Jason spent time in the Civil Service, served in the Armed Forces as a member of a Special Forces unit, worked at Portsmouth Football Club and currently works at a retail business.

He is currently working closely with the NHS as Portsmouth’s Cabinet Member for Health, Wellbeing and Social Care in the Lib Dem team leading Portsmouth City Council.

Real action on the things that matter to local people

Jason backs the Lib Dem plans that will see thousands of new jobs at the council-owned Port.

Jason and the Lib Dem team in Portsmouth are working hard to improve our recycling rates and expand the range of items collected - including home food waste recycling.

Jason believes everyone deserves a decent place to live and works with Leo and Lee to fight lazy and absentee landlords who do not look after their tenants.

Jason backs the Lib Dem campaign to stop the Conservative Government plans for 17,700 more new homes to be built in Portsmouth. It should be for local people to decide the amount not Westminster.

He has the experience to get things done and get the best deal for our area, by continuing to be at the heart of decision-making in the city.