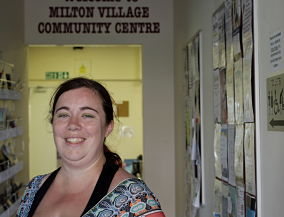 In today's Full Council Meeting, Milton Campaigner, Kimberly Barrett's deputation against the Aquind Interconnector plans to cut a devastating swathe up through the eastern side of the city, was read out by a council official. (Due to coronavirus provisions, the full council meeting was held remotely & no deputations were made in person).

"For almost 3 years now, residents of Portsmouth, campaign groups, community forums, this council and many others along the path of these cables have been objecting to the Aquind proposal. There are many sources of objections ranging from the impact on the environment to disruption of the road network to air pollution to concerns from compulsory purchasing of public and private land are to name but a few them.

Since the beginning, work to highlight what Aquind are proposing has been undertaken by the previous administration and continued the current one, as well as by local groups and forums. The 2 MP’s for Portsmouth have also been involved in asking questions at parliament and objecting to this. I know people are grateful for their input which also demonstrates a sign of the unprecedented cross party unity on this subject.

The awareness of Aquind’s plans has recently been boosted further by a group called ‘Lets Stop Aquind’ after it appeared that they may take their route through the Milton and Eastney allotments causing misery and disruption to those with established plots and the potential loss of their plots, buildings or plants. This has meant that even more people have come forward to object. It is great to see parties and residents getting involved to the point that the planning inspectorate recently seemed overwhelmed with the amount of objections being emailed to them. Their decision to include objections submitted past the deadline is most welcome as it allowed many more people to lodge their concerns to the scheme.

In the current climate where there is already so much uncertainty, Aquind have a responsibility to put to bed once and for all the exact route of this cable. In January 2021 it will be 3 years since the public became aware of the cables and still, we have yet to see a permanent route set in stone. If the uncertainty itself weren’t distressing enough, how can anyone make a comment on something when they do not have all the facts and information in front of them? Yet, that is what residents, various councils and statutory bodies are expected to do when there are still sometimes 50+ documents being uploaded daily onto the planning inspectorate’s website. The time to become an interested party and able to speak at the open floor discussion has already passed as has the deadline for submitting objections, yet still documents appear. How is that fair to anybody who has an interest in this when theoretically, they are now unable to air their views on new or amended information?

By behaving in this way, Aquind have created huge distrust and anger amongst residents and businesses. Here are a few examples of why people feel they have not been consulted properly:

I could talk about this topic and the issues it causes residents for hours yet that is not why I wish to make this deputation. There already seems to be consensus in this council in regards to Aquind, it is hoped the united, cross party objections outside these chambers continue within them. I also hope this council will work across city boundaries to work alongside other councils and residents who equally have huge concerns and issues with this proposed plans. This project WILL effect us all and equally, we all need to be involved in the process of fighting it and making our voices heard loud and clear. I call on every member of this council to accept this motion. The angry, frightened and incensed people of this city deserve to see the council working together to put party politics to one side. I do know that behind the doors of full council, this does happen but it would be a beautiful show of unity not just to the residents of this great city, but to Aquind and the government, that we stand shoulder to shoulder on this issue and together, we will be heard loud and clear."