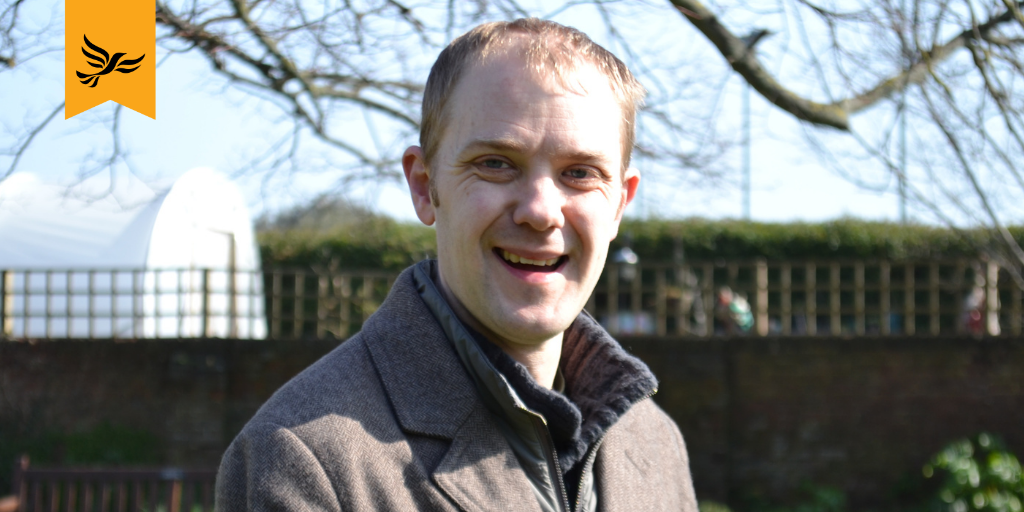 Matthew has lived in Southsea for 19 years, soon after graduating from university in Liverpool, to take up a job with the Department for Work and Pensions in the city. He was born on the Wirral and grew up there and in Hastings.
After more than a decade working as a Civil Servant, Matthew has worked as a freelance community consultant, a support worker for a local family charity and currently works for Solent Mind as a dementia service manager.
Matthew has been a member of the Liberal Democrats since 1997 and has been active in the party since university. He has been campaigning for the people of Eastney and Craneswater since 2009 and was first elected as councillor there in 2012 and has since been re-elected in 2016.
Working for his first three years on the council with Lib Dem colleague Terry Hall, who stood down in 2015, and since then as the only elected non-Conservative in Eastney & Craneswater, Matthew has campaigned on many issues in the ward. These have included supporting local residents opposing poor planning applications, worked to improve road safety across the ward, tackling anti-social behaviour and improving transport links by being successful in bringing back bus services to Eastney & Waverley Road and being the driving force behind bringing back the Hayling Ferry.
Since 2018, Matthew has been the Cabinet Member for Health, Wellbeing and Social Care in the Lib Dem council administration and has led on ever closer integration with the NHS in Portsmouth as well as leading on  the City Council's response to the COVID-19 pandemic. He is also the City Council's Mental Health Champion and has worked closely with the City's Mental Health Alliance since it was created in 2020.
Outside politics, Matthew is a volunteer committee member of both the Portsmouth Cycle Forum and the local branch of the Campaign for Real Ale. He is a leisure and commuter cyclist, he shares with his wife Tricia a love of science fiction and is a big sports fan, particularly football and rugby league where he supports Tranmere Rovers and St Helens respectively.