Greenest ever council budget on its way!

The city’s Lib Dem Cabinet are ensuring that Portsmouth is taking action to tackle climate change.

Local people and businesses are set to benefit from a host of plans including more cycle lanes, increased electric vehicle charging and more trees in the Lib Dem proposals for Portsmouth City Council's capital budget.

The proposals are being hailed as the city's ‘greenest ever budget’ with £37m to be invested in environmentally friendly projects including:

Around £5m earmarked for green initiatives, forms the cornerstone of new spending proposals for the city. The plans reflect the council's long-term commitment to the environment and taking action against climate change.

Along with the previously announced £22m available for a potential new food waste recycling plant and a £10m bid made to central government to implement a clean air zone, it totals £37m of the £69m capital budget (not from council tax), meaning over half of the spend is expected to be dedicated to green projects.

Cllr Steve Pitt, Deputy Leader of the council, said: “We know there's no one solution to the problem of climate change, which is why we're looking at a range of ways to bring sustainable urban development to Portsmouth. By investing in improving access to cleaner ways of travelling, as well as taking the next steps to a carbon neutral port through ground-breaking shore power - we're tackling the problem from all sides.”

Supporting cleaner travel is at the heart of the proposed plans. An investment of £120,000 is has been put forward to create low traffic neighbourhoods by introducing some one-way streets.

This is part of £1.6m ploughed into transport projects that will not just improve journeys in and around Portsmouth, it will also aims to lower air pollution, improve road safety and make walking and cycling the natural choice for everyday journeys.

There is also a raft of activities planned to encourage more people to leave their cars at home, including on-street secure cycle parking, and improvements to cycle routes. Funding will also contribute to making sustainable fuel more accessible to residents with the extension of the residential on-street electric vehicle charging point scheme, providing an extra 60 charging points. 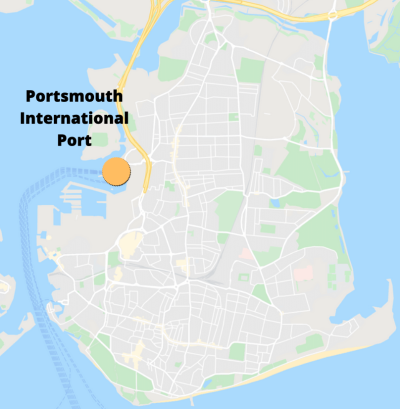 Portsmouth International Port is set to benefit from around £2.9m investment - making some key strides towards its goal to be carbon neutral by 2030. The proposals include £75,000 to fund works to see how the port can offer shore power as an alternative energy source for ships when they visit Portsmouth. Ships with the ability to use shore side power would be able to plug-in to the port’s electrical supply, meaning they would not have to run their engines and burn fuel.

If planning permission is granted, the port could also see £2.7m invested in wind turbines as well as £100,000 to replace diesel light good vehicles with electric vehicles across the site to contribute towards plans for the port to be energy self-sufficient by 2030.

As well as £50,000 to help manage litter on Southsea common and in the city centre, there are plans to commit £100,000 to increase in greenery in the city, working with partners like Friends of the Earth and Hampshire and Isle of Wight Wildlife Trust to increase planting and bring people closer to the natural environment in the city. Ideas will include planting more trees, installing green walls and providing more educational and engagement activity. If the budget is agreed, a strategy outlining the 'greening' of the city will be presented to the cabinet in March 2020.

Fratton councillor, Dave Ashmore, the council's Cabinet Member for Environment and Climate Change said: “We're really excited about the
investment that is being proposed in this forward-looking and innovative budget. When we declared a climate emergency last March, we set ourselves the ambitious target of becoming climate neutral by 2030 - and these are the kinds of projects that can help get us there.”

The proposed capital programme for 2020-21 will be presented to full council for final signoff on 11 February.