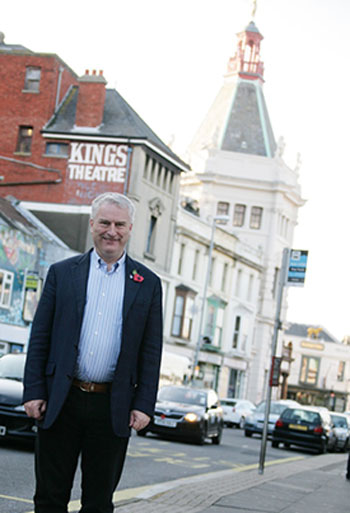 Constant lobbying and campaigning by Portsmouth South Parliamentary Candidate and Milton Ward City Councillor Gerald Vernon-Jackson,​ backed by local Lib Dem Councillors and campaigners, has forced the Conservative/Labour/UKIP coalition running the Council to back down on huge cuts to cultural venues and cuts to vital modest grants.  The announcement was made in The News recently when the paper reported upcoming city budget cuts.

Local Lib Dems received massive support from residents signing a huge citywide petition; however it wasn't all plain sailing as Tory hardliner in St. Jude Ward, who now runs city culture, mocked the petition set up by local Lib Dems and refused to back modest grants vital to winning ££millions more on top from Arts Council England, Lottery and many other funders.
The gran​ts send the right message to funders considering investing their monies in Portsmouth's cultural, tourism and creative venues like Aspex Gallery, museums, the Guildhall, libraries, the Kings Theatre, New Theatre Royal and many others.
Councillor Lee Hunt (Central Southsea Ward) who helped lead the campaign and is the local Lib Dem spokesperson for Culture & Sport said:

"In the last few when the Lib Dems ran Portsmouth we levered over £8million into Portsmouth's creative and tourism industries helping push visitor numbers up to a record 9.25million, adding £444million (Tourism South East figs) to Portsmouth's economy supporting 12,500 jobs; so it is vital the Council leads by example. I am glad campaigners backed us to make the Tories see sense."