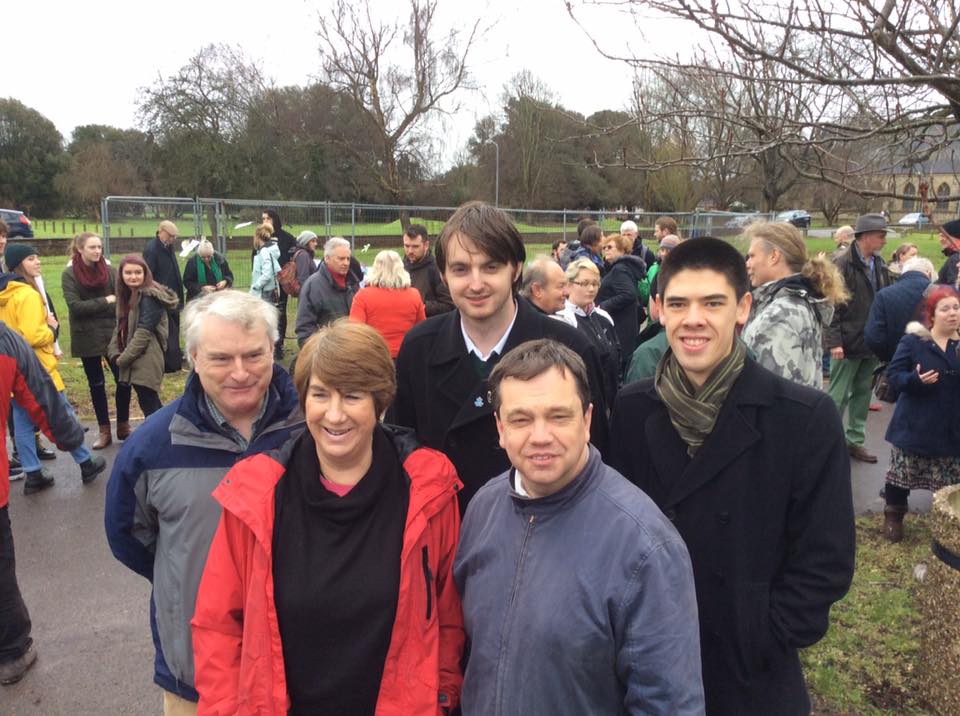 Last week, the Portsmouth City Council Planning Committee failed to save four trees in the grounds of St. James' Hospital. This is a real disappointment to the Keep Milton Green campaign. It was a decision made despite local Lib Dem councillor Ben Dowling speaking up for the trees on behalf of local residents - over 60 of which wrote into the committee personally to object to the felling of these trees.

The Lib Dem Milton and Baffins councillors [pictured above] were saddened to see the trees fell but pleased that the strength of community spirit in the area has not been stinted.