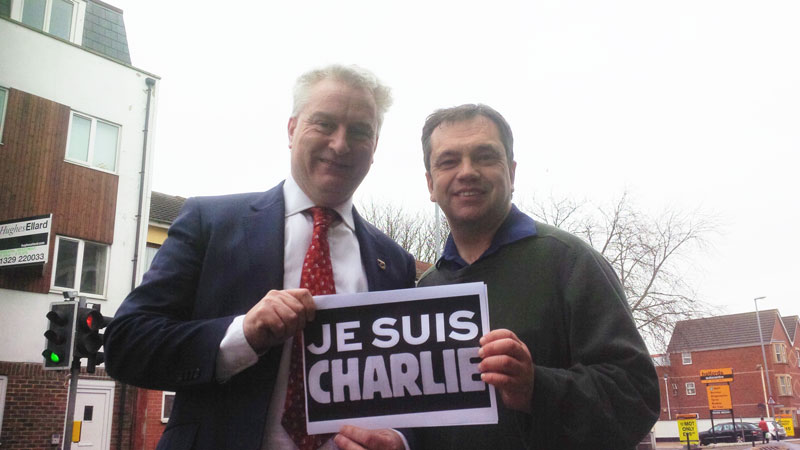 Portsmouth's two Lib Dem Parliamentary candidates have joined people of all nationalities in a march against the terror attacks in Paris.

Gerald Vernon-Jackson and Darren Sanders joined more than 100 people on the march which followed the deaths of 17 Parisians at the hands of terrorists.

10 of the people who died worked on the French magazine 'Charlie Hebdo' and marchers sang 'Je Suis Charlie' (I am Charlie), which has become a catchphrase for people wanting to defend press freedom.

The march went from Guildhall Square to the War Memorial on the seafront and back again. It was organised by French students angry at what happened in their county.

"I am delighted that the march has taken place. Terrorism can only win if its enemies do nothing. My thanks to the French students who put effort into getting the march organised."

"Our thoughts go out to those journalists who died, the Muslim policeman killed defending them and the innocents who also died in a Jewish supermarket. We must all work together to defeat those who use religion for their own, sick ends."