Peter Williams is our candidate for Hilsea Ward. 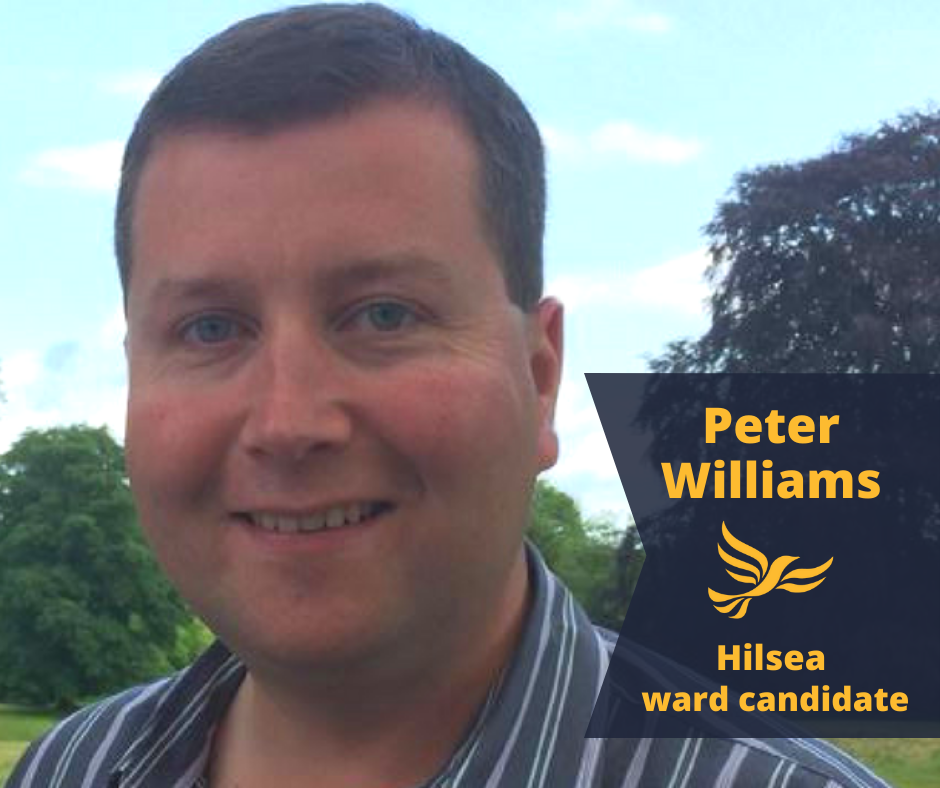 Peter has always lived in the Portsmouth area, and has been in Hilsea for over 20 years.  Initially, he studied at Portsmouth Grammar School, and then attended St John’s College, Southsea to study GCSEs and A Levels.

During his studies, he started his career at Sainsbury’s Portsmouth, then worked for Lloyds Bank for many years, for local branches in both personal and business banking and more recently managing staff at their Telephone Banking Centre in Fareham.

He spent several years serving as a Special Constable based at Cosham, supporting the community to make our streets safer. Currently he is a director of a local company helping small businesses.

Peter joined the Liberal Democrats in early 2017, dismayed by the failure of both the Conservative and Labour party to put national interest before their own.

He actively supported the party during the 2017 and 2019 general elections and has continued to regularly campaign with councillors and candidates across the city. He is now standing as candidate for Hilsea as he believes the city is best served by a Liberal Democrat controlled Portsmouth City Council.