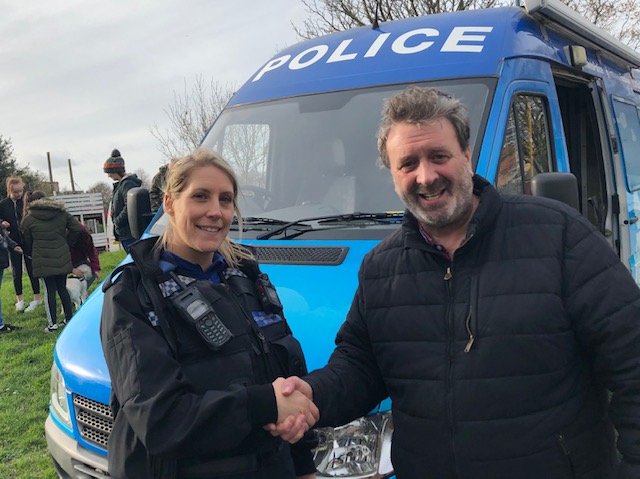 On Thursday, July 30th Cabinet Member for Community Safety, Councillor Lee Hunt announced an innovative partnership with The Hive & its citywide network of volunteers to give local communities a real voice in how the 'Building Safer Communities Fund' is spent.

After meeting with residents from Milton, Eastney and Baffins across to Buckland and Portsea up to Paulsgrove Cllr Hunt heard so many wanted more things for young people to do. At the meeting he thanked opposition spokespersons and officers for enabling the collaborative community work reflected in this report and its recommendations.

Cllr Hunt said: “Local people know their areas best so instead of ‘telling them’ we believe by involving local communities in how this money is spent will pay dividends.”

As described in the report Portsmouth City Council recently made ‘Hive Portsmouth’ with its network of locality volunteers citywide, a Trusted Partner. The £90,000 fund will be transferred to Hive Portsmouth with strong conditions attached that Cllr Hunt must receive regular reports on progress in allocating funds to local projects that will make a difference.
The Hive will use its ‘locality network’ of volunteers in conjunction with groups previously consulted, Ward councillors and others to identify these projects.
Cllr Hunt adds: “We believe in people. This initiative is part of the Lib Dem Council’s strategy to strengthen and build our city’s interdependent communities to combat anti-social behaviour, drug dealing, violence and all crime.”
In the fight against crime and antisocial behaviour Councillor Hunt described how this new initiative sits alongside:

Giving youngsters more to do with a £500,000 commission for Active Communities Network in partnership with Motiv8 and Pompey In The Community  investing in citywide Youth Provision after most youth services were deleted under Conservative rule in the Council;
Cllr Hunt concluded the meeting saying: “Doing all of these things and working closely with the police and other partners and many others, your Lib Dem-run Council is always working to build safer and stronger communities in Portsmouth.”
Click to see the results of the Community Safety Partnership Survey