Fratton park comes to the Guildhall in City of Football bid 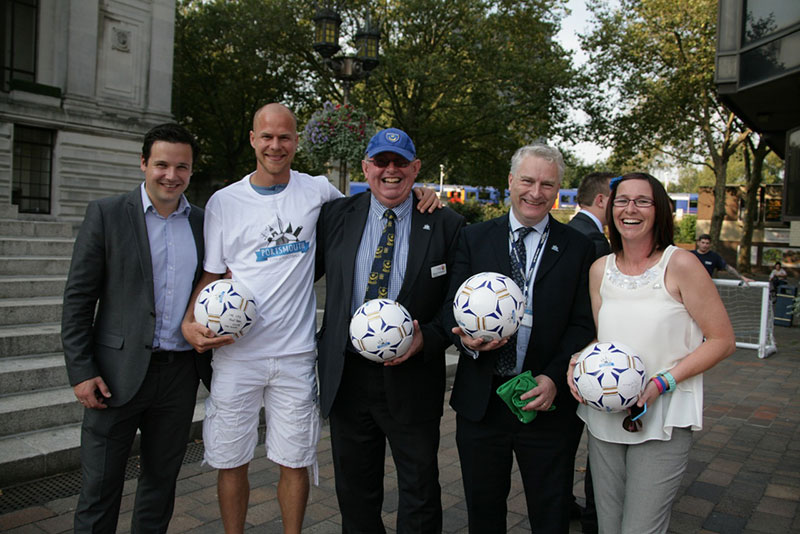 Portsmouth Football Club faced their toughest game yet against a team of Portsmouth City Councillors, the Royal Navy and the University, in the Guildhall Square on Monday 8 September at 3.30pm.

The game was to show Sport England representatives, who visited the city, why Portsmouth should be crowned the UK's first City of Football and benefit from £1.6m of National Lottery funding.

Starting at the Dockyard, Sport England were shown around the city, demonstrating why Portsmouth should take the accolade.

Football fans were urged to cheer on their city at the Guildhall Square and have the chance to grab one of 500 free footballs if they are wearing blue, or a Pompey shirt, to show their support.

"It was great to show what the city has to offer, and how passionate the people of Portsmouth are about football."

"We were really excited that Sport England are visited Pompey as part of the bid as this gave Portsmouth the opportunity to showcase how football is in the DNA of our city."

The announcement of the City of Football will be given later in the autumn.