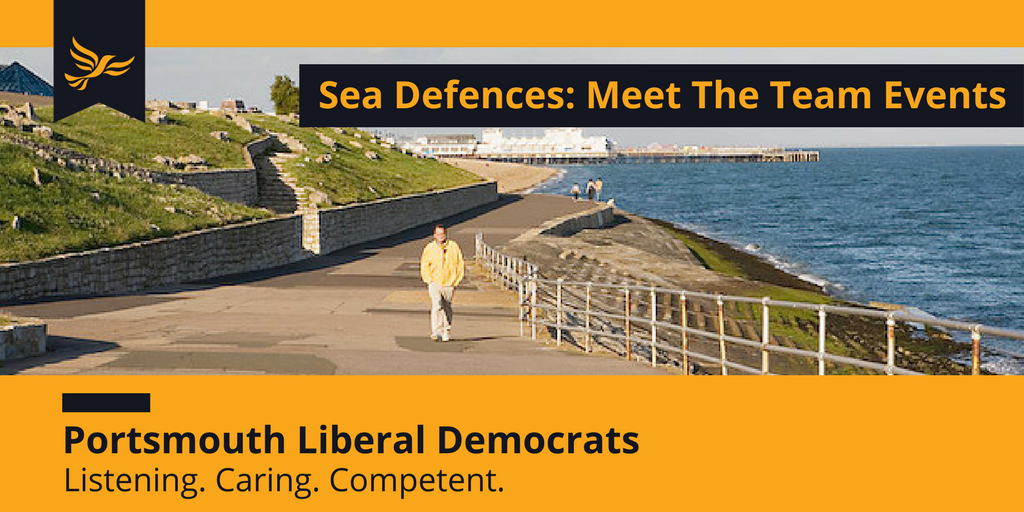 Following the council's consultation in 2014, the Coastal Defences Team are holding some drop-in events this autumn to re-introduce the scheme to residents.

These are taking place at:

You'll be able to meet the team responsible for delivering Southsea's sea defences, find out why this work needs to be carried out and how the council got to the current stage of the process. There will also be some sketches of the team's initial ideas, and you'll have a chance to give them your feedback.

If you operate a business along the seafront, they'll be getting in contact with you directly in a couple of weeks time to arrange a meeting with the team.

The Southsea Coastal Scheme is a Portsmouth City Council project being delivered through the Eastern Solent Coastal Partnership with funding from the Environment Agency. Our specialist team also includes construction experts from international infrastructure company Balfour Beatty, supported by Arup, a global leader in the design of green infrastructure projects and by specialist consultant, Ramboll. We are all passionate about Southsea seafront and are working together to protect and enhance its unique character.