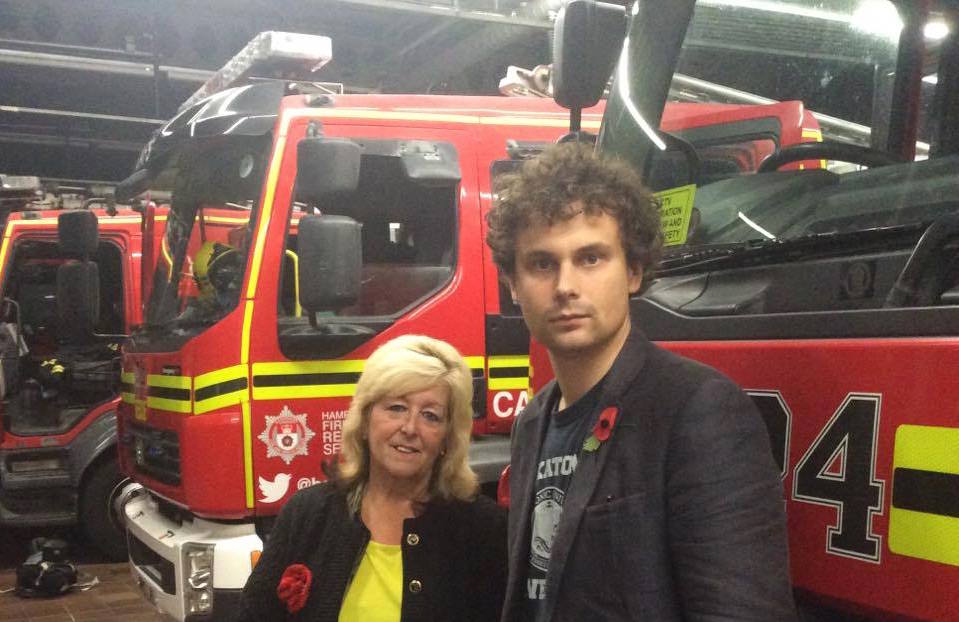 This petition is still ongoing in order to put as much pressure on the Fire Authority as possible to get them to reconsider but the petition has also been submitted to Portsmouth City Council for their backing. This will be debated at the Full Council meeting on Tuesday 9th February at 2pm. For full details of the meeting, go to the council website.

Save Our Fire Service Campaign Coordinator Tom Wood [pictured above with Councillor Margaret Foster] commented: "The council threw a lot of red tape at us to prevent this petition from being heard but we have triumphed. It's so important that our councillors debate this in public so that residents know what their representatives think and will vote for."

If you haven't had a chance yet, you can still show your support for this important cause by signing the petition here.