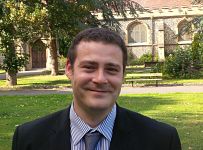 At the start of Energy Saving Week 2021, Councillor Dave Ashmore, Cabinet Member for Environment & Climate Change reflects on the work so far, and still to come to make Portsmouth a cleaner, greener city while saving residents and the council money.

Today marks the start of Energy Saving Week. January can be a tough month with energy bills, so hopefully this week can help highlight ways in which people can not only save money, but also help the environment.

Portsmouth's Liberal Democrat run Council have been working on a variety of ways to save energy and help decarbonisation.

Overseeing the rollout of energy efficient LED lights in the city's lamp posts which reduces energy use by around 40% and saves around £400,000 of public money a year.

In Hilsea's industrial estate, we now have Tesla's largest operational Powerwall installation in the UK. This has seen a vast array of solar panels on the roofs of the buildings, as well as a ten unit Powerwall battery storage system. This means energy can be stored and released at optimum times. It is estimated to reduce reliance on grid sourced electricity by 50%.

Unlocking the power in our roofs

Portsmouth City Council has bid for around £4 million of government funding to support the Switched On Solar scheme and a range of other domestic energy efficiency measures such as cavity wall insulation.

The Switched On Solar scheme is designed to allow residents to assess the solar potential of their roofs. It then walks them through the costs and benefits of a system and directs them towards installers. This could help over 30,000 homes install rooftop solar panels.

Switched On Portsmouth which provides households in the city with ways to save energy in their homes. This is a real help to thousands of people, especially those with concerns about fuel poverty. This provides practical solutions along with many other solar projects in schools, offices, community centres and housing.

Shore power (so ships don't need to run their engines when docked), wind turbines and solar panels are just some of the major projects Portsmouth International Port is proposing as part of its Air Quality Strategy to reduce emissions and become the UK’s first zero emission port.

Ambitions are for the port to be carbon neutral by 2030, and contribute towards the national clean maritime plan for the UK to have net zero shipping emissions by 2050.

Other projects over the last few years include; the installation of solar panels on schools, offices, community centres and housing sites.

All of this will help the Council and residents save money as well as contribute to our aim of being net carbon zero by 2030.

During the first Covid lockdown last year Portsmouth generated a record amount of electricity from solar power, helping us show the future is looking cleaner, greener & more energy efficient for the city.