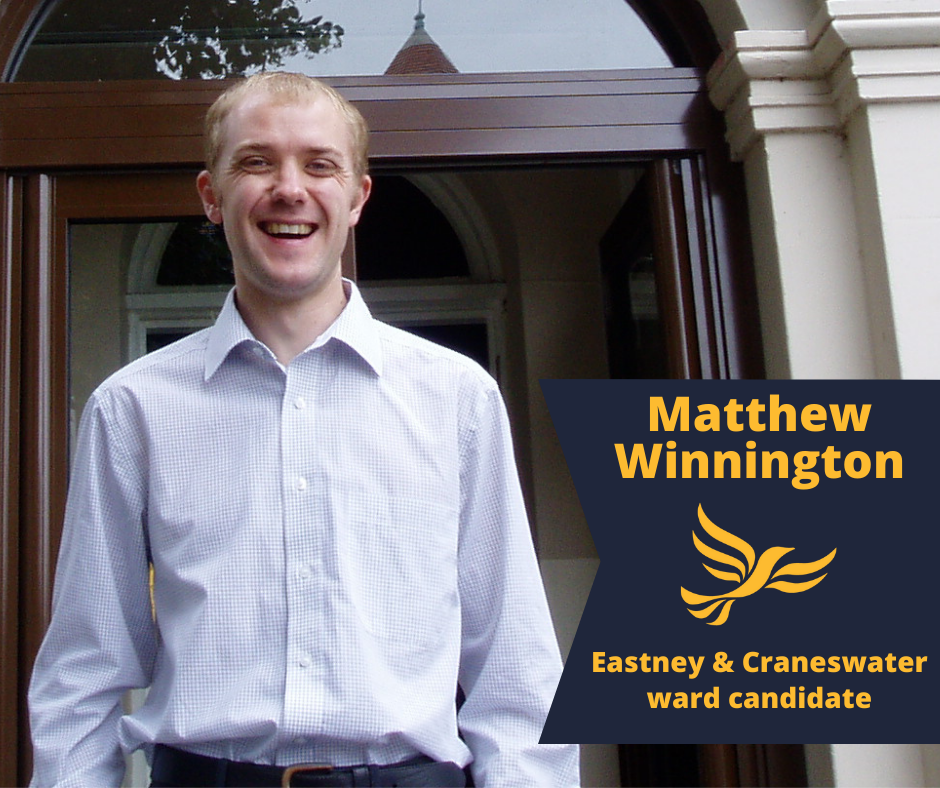 Matthew is a local Southsea resident and was the Lib Dem councillor in Eastney & Craneswater for 9 years, winning in 2012 and 2016.

He is the only candidate of any party to beat the Conservatives there in over a decade.

Matthew works hard for the local area and, alongside fellow campaigner Peter Candlish, has continued to keep in touch with local people over the last year.

Matthew helps run a dementia support service for a local mental health charity.  He is also a keen cyclist and environmental campaigner and a trustee of Eastney Community Centre.

A real record of action

He has the experience to get things done and get the best deal for our area – and won’t just disappear after an election campaign is over.