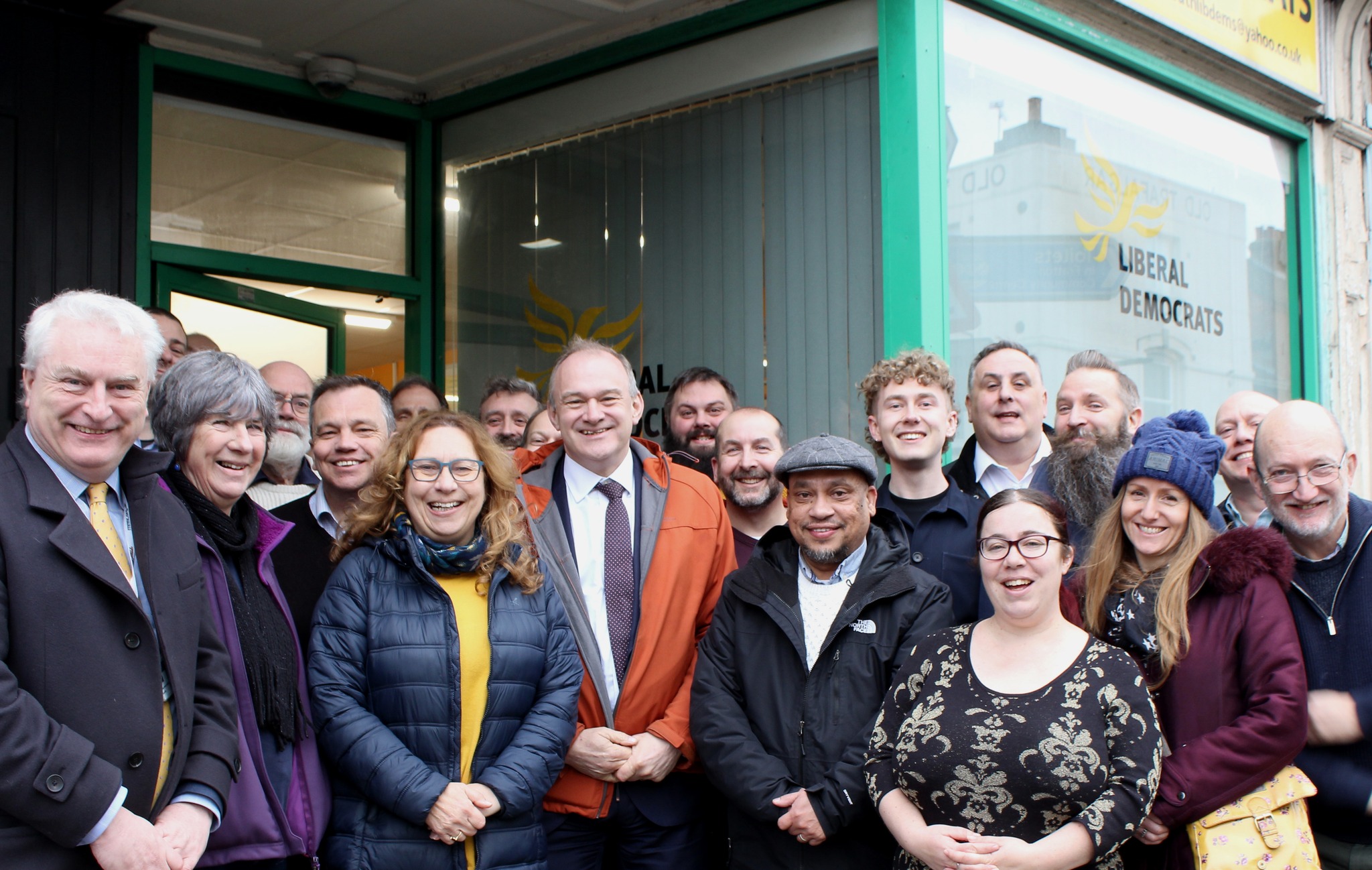 As well as holding other important meetings locally on Defence and the Council-run port, Ed took the time to meet the local volunteers who had gathered for an Action Day in Baffins, where the Lib Dems are hoping to pick up an extra councillor in the May’22 elections.

After a cold and blustery morning on the doorstep, this included a very welcome hot lunch back in Fratton Rd, laid on by Baffins candidate and local businessman Kadir (pictured front and centre with Ed Davey).

Ed was very impressed – and not only with the lunch!  He was also impressed with the level of campaigning activity he heard about.  This was evidenced by the latest Focus newspaper on the campaign office shelves that is currently being distributed across the city and how well the volunteers understood the local issues facing residents in each ward.

In the afternoon, after a brief speech, Ed joined the team and went out to knock on doors in Baffins and hear directly from residents himself about their issues - and the excellent level of support they reported they currently get from their existing 2 Lib Dem councillors, Darren Sanders and Lynne Stagg!

Overall, it was a good day.  Iantly, based on the feedback received, with a lot more hard work like that on the Baffins Action Day between now and the election, the feeling was that there is a good chance that candidate Kadir will become the new Baffins councillor and so help deliver a fairer, greener and more caring city.