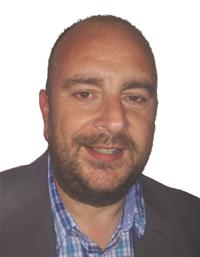 Today as Cabinet Member for Culture, Leisure and Economic Development Councillor Steve Pitt spoke about the future of the Pyramids Centre in Southsea and administration efforts to find a sustainable future for the beleagured Centre.

"Built in 1988 with an expected lifespan of 30 years, the Pyramids has had a difficult history. Successive operators failed to make it work and by the late 2000s the Council, DC Leisure, Parkwood and Southsea Leisure had all racked up significant losses. Millions were invested but the wet side of the offer continued to slowly decline and the Plaza and Glasshouse failed to attract the business that they had at their height in the 90s.

The materials and design of the building, problematic from almost the day it opened, began to become quickly outdated. It is a simple fact that no one would ever build The Pyramids Centre today, its carbon footprint is appalling. The fun pools are hugely expensive to operate, prone to regular closures for maintenance and the staffing costs to operate it safely are simply immense compared to a conventional pool.

As far back as 2008, closure was considered. Other uses were considered: Ice rink, roller rink, Eden Project style attraction and even a church. Options were looked at to demolish it and build a new leisure centre, a hotel or even just to level the site and return it to open space. There was a heated political debate. No alternative options could be made to stack up financially and the centre limped on with the lone success being the introduction of the gym in 2010.

In 2013, at a time when the centre really was on a knife-edge, BH Live came forward to run the facility without a management fee for a period of 5 years.

In May 2018, I became the Cabinet Member and was made aware of the Sports Facility Strategy for the city prepared in 2017 for my Conservative predecessor by independent consultants, and identified the need to consider the future of the Pyramids and Eastney given their condition and age.

No capital money had been allocated in the Council’s budget in the previous 4 years. There was spend due to insurance monies from flooding but this only enabled some minor cosmetic improvements to the customer-facing areas. The centre was clearly in decline.

In Summer 2018 -  Following a visit to the Centre, I wanted to know what we needed to do and a condition survey of the Pyramids was commissioned. It indicated that there was an urgent need to secure a capital injection of £1.33 million just to continue operating but not to improve the customer experience significantly. A further £620k would also be needed after 5 years but again just to stand still. Conversations with the then CEO of BH Live made it clear that they would not be seeking to renew their management contract for the site without this investment and additional monies to improve the public areas.

In the budget round of 2018 – I secured £1.4 million to ensure the Pyramids could remain open. This was passed at the 2019 Full Council meeting as part of the Council’s 2019-20 capital budget.

Also in 2018-19, as part of essential maintenance works, £300k was spent to renew the fire alarm system which was obsolete.

In spring 2019 – The new BH Live CEO expressed concerns about the condition of the Pyramids site and urged caution in spending the £1.4 million allocated to the pool. The reason would become clear over the summer. 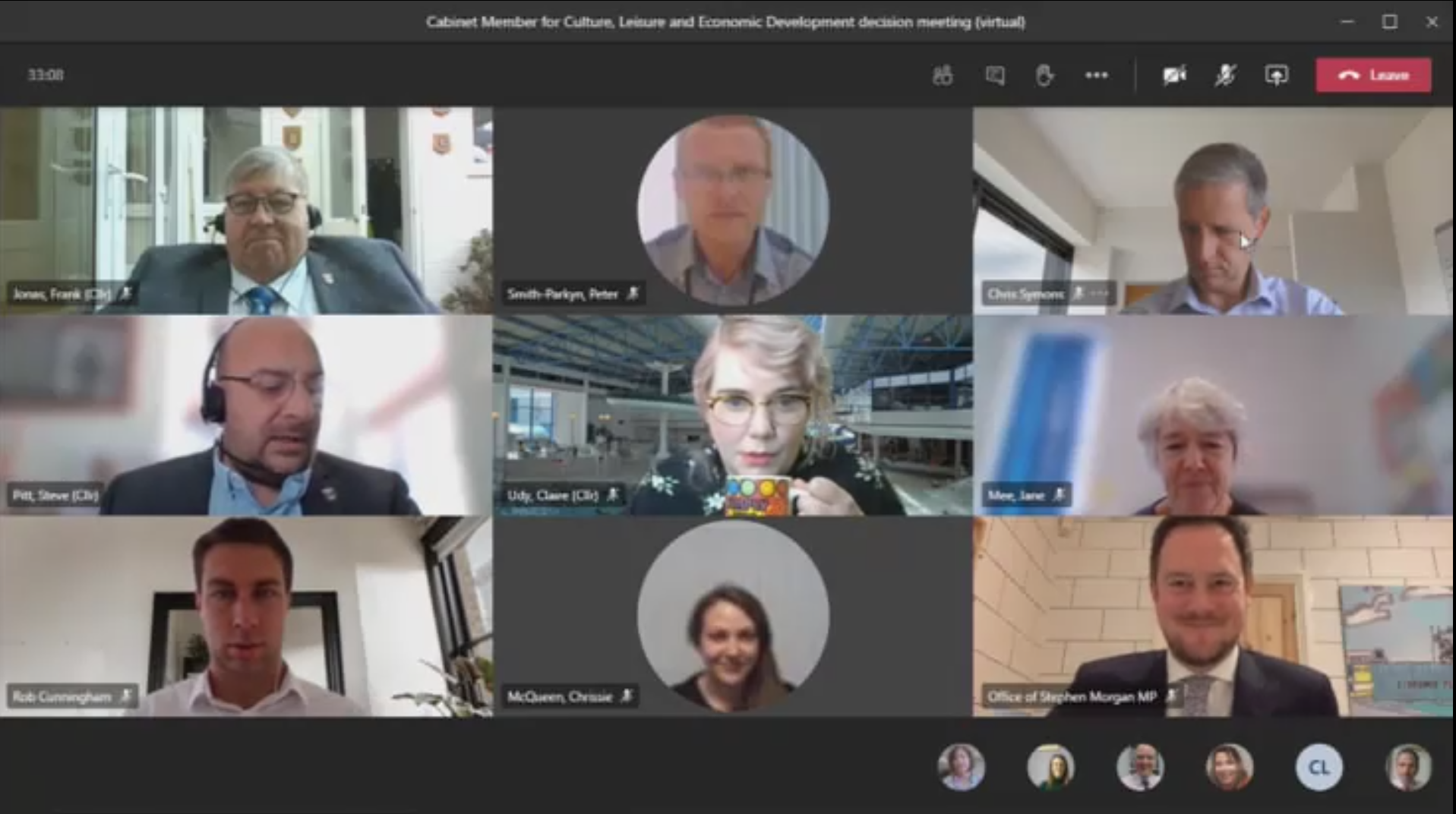 Knowing that the BH Live contract on the Pyramids was reaching an end and now anticipating that any renewal might not be easy to achieve, it was decided that we needed an update on the 2017 consultant’s report to make some recommendations on the best way forwards that would ensure we could secure a high-quality leisure provision for Portsmouth that was financially sustainable.

Over the Summer and into Autumn 2019 -  with the 5-year management contract on the Pyramids drawing to a close and a forensic investigation by BH Live into the operation of the Pyramids during their tenure as operator, losses of £1.8m over the period were reported to PCC. It became clear that BH Live would not renew their contract. An agreement was reached for them to continue to operate the centre on an ‘open book basis’ while BH Live asked for time to put together a proposal that might save the centre from closure. I agreed to consider all alternatives that would keep the centre open as an attraction for families.

It is important to note that if, at this point a new operator had been sought, anyone coming forward would be entitled to see the books and would be made fully aware of the losses. In addition, it was felt extremely unlikely that, even without the financial picture being quite so grim, any operator would step in to take over a single loss-making centre without any free parking when the rest of the city’s facilities were under one operator and all had free parking.

During the winter 2019-20 – BH Live honed proposals for a giant Adventure Play Centre, incorporating soft play, climb and bounce for a range of ages, the largest such project in the region and for an expansion to the gym, the one part of the Pyramids business which was not loss-making, to offer a 5 star state of the art fitness centre at 3 star prices.

The proposal was informally presented to the Cabinet on 10th March 2020.

Before proper consideration could be given to next steps, just 10 days later, we were in Lockdown and all leisure centres were closed across the country. To date, there is no indication when The Pyramids pools would be able to re-open as their operation cannot be Covid Secure.

During Lockdown, the Council faced some very alarming threats. Initial pledges by government to cover costs during Covid were later clarified to exclude commercial income, meaning that loss of income from the property portfolio of the Council would not be part of any compensation, nor any drop in income from the Commercial Port. As of today, that gap stands at £12million with a second wave of Covid now clearly upon us and the future more uncertain than ever with the transition agreement ending at the end of the year.

What seemed just a few months ago as an urgent need to talk about the future of The Pyramids is now just one element of a much larger financial problem. The decision I had to make was in the context of knowing the Pyramids would need between £13.8m and £14.8m over the next 10 years. This huge investment would be unlikely to significantly increase swimming numbers due to a national decline of 24% in swimming over the last 10 years and most notably a 14% decline over the last 3 years in Portsmouth EXCLUDING the Pyramids. The Pyramids itself has declined by 33%. This investment would include a whopping £700k every year that does not exist within the Council budget and up to £4 million in up front capital investment.

And to what end?

As I said at the beginning, this centre was built to last for 30 years, it is aging and will eventually fail. It would be irresponsible to pour vast sums into any building just to knock it down. The condition survey did show that the basic structure was sound, so we have an opportunity to keep the centre open for, hopefully, at least another 10 years and do so in a way that provides a first class family offer on the Seafront and a first-class gym to help grow the already popular fitness offer and not require ongoing revenue subsidy. Would we love to keep the pools and Plaza open? Of course we would. Can we? No.

Much has been made of this decision not being consulted on with the public. Consult on what? It would have been pure deceit to ask people if they wanted to keep the pool at the Pyramids. To what end? So that 3000 people could say ‘keep the pool’ and we then had no option but to close it anyway? That’s not consultation, that’s lying to people.

Sometimes there are hard decisions to take. Sometimes the politics are irrelevant. Sometimes you have to do the right thing, not the easy thing. Sometimes you have to accept that you will be abused and insulted because that is the nature of the job. It hurts but what would hurt far more would be to run away from my commitments and leave someone else to do what I was afraid to do. Sorry, that’s not who I am.

Finally, I would say that the Seafront Masterplan talks about what the possible future for the Pyramids site could be after the centre finally closes. Well, we now have something we didn’t have, time. Time to think about what should eventually replace the Pyramids and what the people of Portsmouth would like to see there and time to consider how to take their ideas forward. Will there ever be a pool on the site again?  Very possibly.

I want now to turn briefly to the other council pool in the south-east of the city.

Much has also been made of the threat to Eastney Pool. The facility is over 100 years old. It is not disability compliant, it has communal changing facilities, the roof is in a dire state and there are structural issues. Again, it has a large carbon footprint. The existing pool needs to be either completely refurbished, rebuilt or replaced and this administration is totally committed to ensuring that whichever of these options emerge as viable options, we talk to people and explain what is possible. We can do that because there is a choice, there are possibilities. On the Pyramids, there weren’t. Similarly Wimbledon Park Sports Centre is in a very poor state, having not had the investment that was originally envisaged under the previous administration and needs a large investment over the next few years. Alternatively, it could close to help develop a new, co-located pool and sports facility.

If this latter course of action were to be followed, it would fulfil the recommendations of the 2019 report from leading industry experts Strategic Leisure and have the potential to reduce capital liability, increase customers, increase revenue generation, better address the health and well-being priorities of the city and deliver better long-term value from capital investment.

I have asked officers to explore all options available to the Council and report back to the next meeting of this Portfolio with an update on both Eastney and Wimbledon Park Sports Centre.

Change isn’t easy and it isn’t always for the best. However, in this instance, there is an overwhelming case for ending a long period of sticking plasters over the problems and committing to a future based on sound and bold investment, so that the people of Portsmouth are served by quality leisure facilities fit for this century, not the faded icons of the last one."