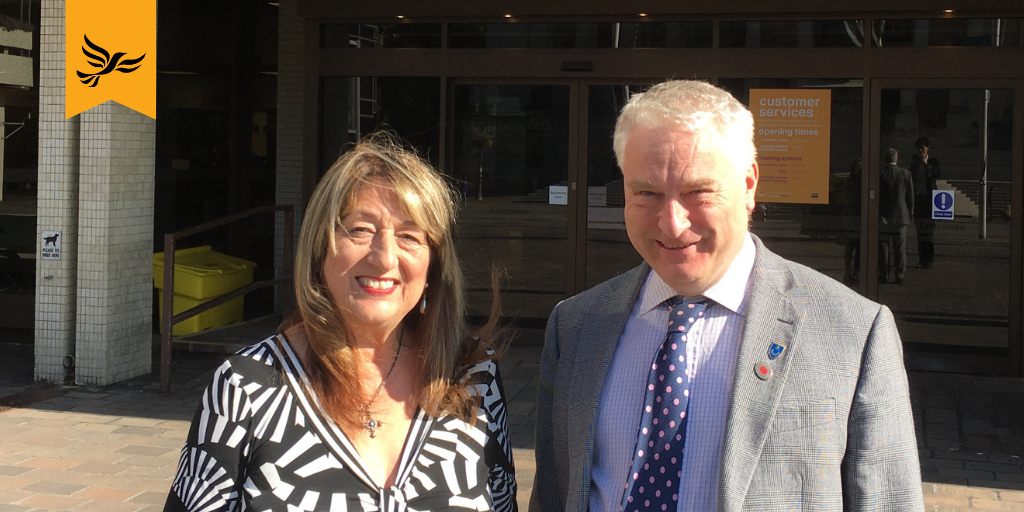 Councillor Jennie Brent has today been welcomed into the Liberal Democrat Group on Portsmouth City Council. Councillor Brent was formerly a Conservative Party member before becoming an Independent earlier this year.

Councillor Brent has today written publicly to the residents in the area she represents, Eastney & Craneswater Ward:

“As you may be aware, I decided to leave the Conservative Party at the end of August. Since then, I have been thinking long and hard about how best to serve you as your local Councillor, and I have come to a decision. I have joined the local Liberal Democrats.

“Whilst considering what I was going to do, I came across the introduction to the Lib Dem Constitution. It says: “The Liberal Democrats exist to build and safeguard a fair free and open society, in which we seek to balance the fundamental values of liberty equality and community, and in which no-one is enslaved by ignorance poverty or conformity”.

“This so closely aligns to how I feel about being a Councillor that I decided to speak to the Lib Dems and find out more about how they do things, and how they want to move our City forward.

“My core values are respect, authenticity, loyalty, and a genuine concern for each individual and knowing the importance of a person-centred, planned approach which is needed to achieve positive outcomes.

“I feel that my decades of experience working with homeless people, and those with disabilities and special educational needs, can be so much better utilised as part of a group who share my priorities and desire for people-centred change.

“I already feel valued, respected, and listened to as part of the team.

“I do not live in the past, and always look to the future. My future is now as part of the Portsmouth Liberal Democrat team running the Council. I look forward to continuing to serve all the residents of Eastney & Craneswater, whoever you have voted for in the past, and am here to help if you need me.”

“I am delighted the Lib Dem Council Group have voted unanimously to welcome Cllr Jennie Brent. Jennie has huge experience in working with the voluntary and community sector, especially the homeless and those with special educational needs. It is clear that her values align with those of our Administration and the Liberal Democrats and we very much look forward to working with her.”