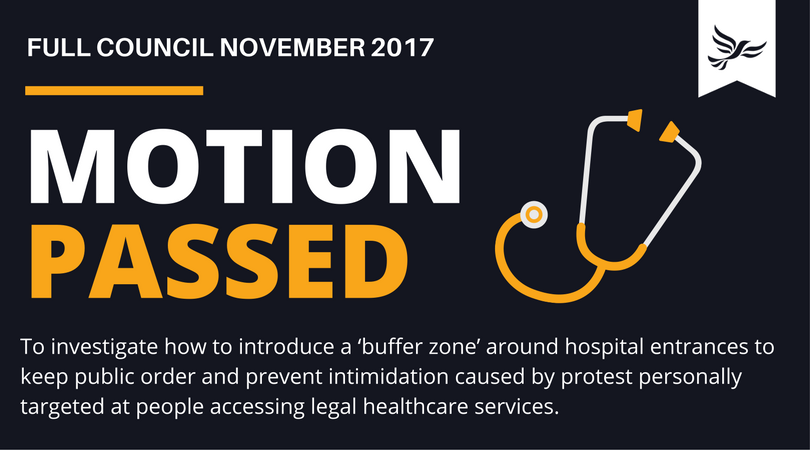 On 14th November 2017, Portsmouth City Council voted at a Full Council meeting to investigate how to introduce a 'buffer zone' and other measures to keep public order and prevent intimidation caused by protest personally targeted at people accessing legal healthcare services.

The motion was brought forward by Councillor Will Purvis after weeks of activity outside St Mary's Hospital with pro life and pro choice activists having their voices heard. Whilst councillors voiced opinions in favour of freedom of speech and the right to protest, a majority decided that, given the need to keep public order and to avoid intimidation of residents trying to access the hospital's services, possible actions need to be investigated.