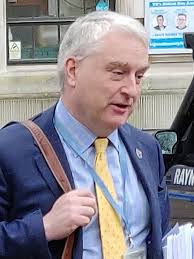 Council Leader Gerald Vernon-Jackson wrote to the Prime Minister to express his dismay that the PM had announced Portsmouth was to move to the newly created Tier Four in the government's Covid restrictions without any prior consultation or warning just two days after announcing our move from Tier Two to Tier Three.

Cllr Vernon-Jackson also called on the government to detail the support it will provide to the hard-pressed business in the city, forced to close in what should be their busiest trading week of the year.

"A national crisis calls for cool heads and clear leadership, none of which is evident at the moment." - Cllr Gerald Vernon-Jackson CBE