Peter Candlish is standing for the Lib Dems in Copnor ward. 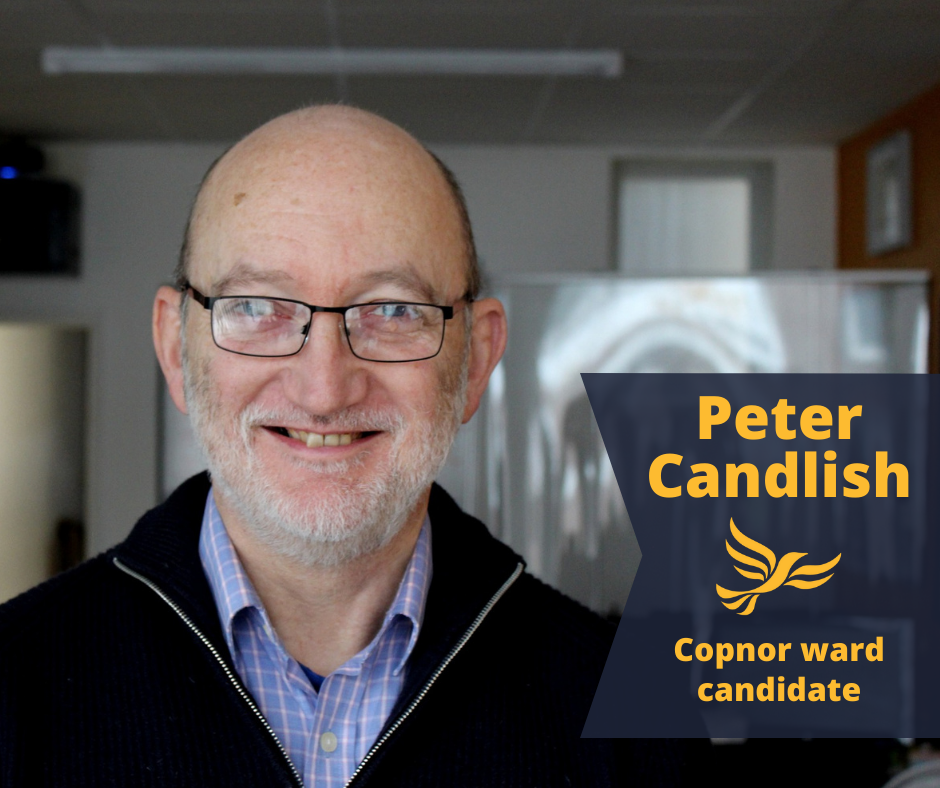 Peter is a practical, green-minded but value-for-money conscious Lib Dem.  Married with 2 kids, he is an experienced former business leader & owner who first moved to Portsmouth 12 years ago.

The son of an army officer involved in D-Day landings, Peter is very proud to be both a liberal and a patriotic democrat.

Historically these were the best values of a confident, outward-looking Britain - and values he sees as under grave threat today.  He is frankly appalled by 'one rule for them, another for the rest" insider ‘sleaze’, evasion of the truth & incompetence seen at national level.

He likes its ambitious but very practical schemes like citywide food waste recycling, within an overall approach of being fair, green and caring.  Within the constraints imposed on it, he also like that it manages its budget well and focuses on the services the city needs.

Peter believes in ‘community’ action and positive co-operation.  He thinks that many small-scale, anti-social issues like graffiti and traffic problems that needlessly worsen everyday life in Copnor can made better by a more active, constructive and imaginative local councillor.

Electing Peter in Copnor would send a message about the sort of local government and councillor you want.