Later this year work will start at Long Curtain Moat on renewing and raising the sea defences along the four and a half kilometres of Southsea’s seafront. The present sea defences are reaching the end of their life and are now being breached in storms almost every year. They are being raised because of the predicted increases in sea level and frequency of storms due to global warming.

Both as a St Jude Ward councillor and as Portsmouth’s representative on the statutory Southern Region Flood and Coastal Committee (SRFCC), I have been involved in this project from its beginning. In 2006 work carried out for the City Council by Halcrow identified the need for new coastal defence works around much of Portsea Island. This led to the Portsea Island Coastal Strategy in 2011 and the start of work to plan for renewing the defences in 2013.

The lead time has been long for several reasons. Most important is that detailed work had to be completed not only on the geology and stability of the coastal strip but also on the movement of shingle along the coast and the erosion of the beach in a number of places. It was essential that the historic sites at Long Curtain Wall and Southsea Castle not be compromised by unsuitable defence works and that Southsea Common be preserved. Moreover, since the cost of the works will exceed a hundred million pounds Treasury approval was needed before Government money could be made available to support the project. This approval was only forthcoming earlier this year (2020). 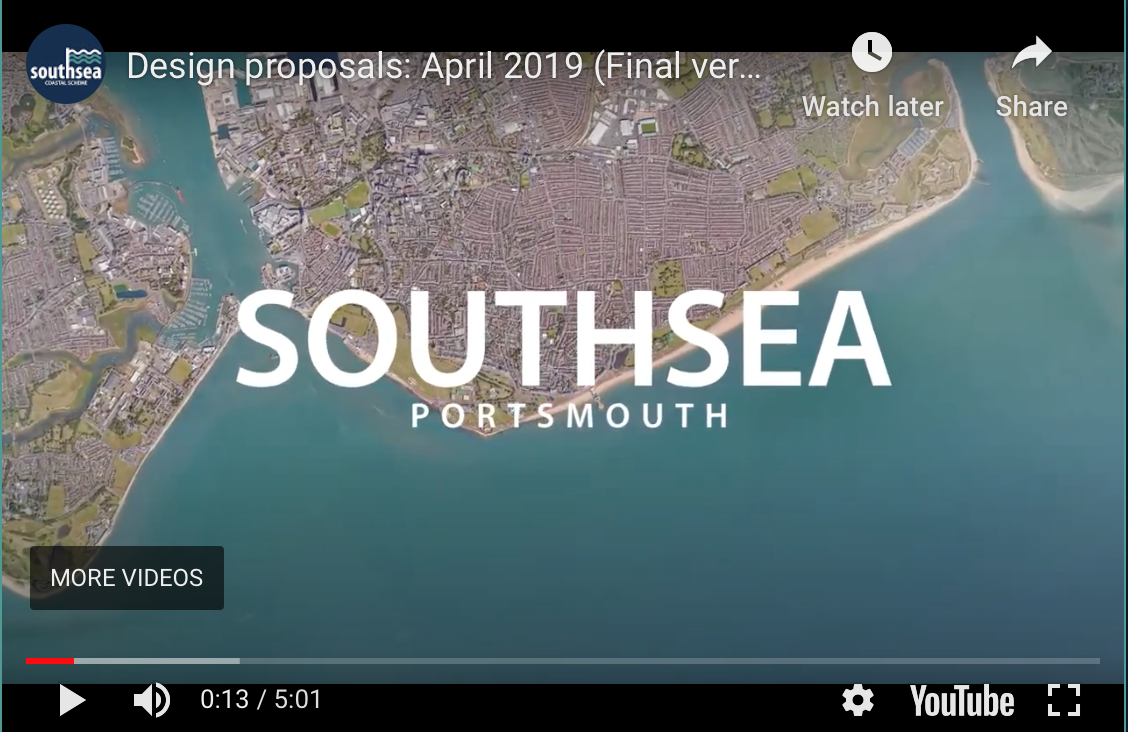 The design has had to be sensitive not only to the history of the seafront but also to the fact that it is both a tourist resort and a place where local people come to enjoy the beaches. Large scale public consultations were held in 2014 and 2018 and there has been ongoing work with local groups about various aspects of the work. The ward councillors have been involved at every stage and as the SRFCC representative, I have been consulted about everything from finance to the type of facing stone required on historic walls.

The defences themselves will not be the end of the story because with rising sea levels some parts of the beach will need replenishment if they are both to ensure a first line of defence and provide a pleasant space for people to enjoy. Inland the rising sea levels will inevitably lead to rising levels of groundwater and further work will be needed if large parts of Southsea Common are not to be frequently flooded.

In the short term, however, there will undoubtedly be some disruption while the major civil engineering works take place over the next four years, but the benefits of preserving Southsea from the sea breaking in and flooding the town must make it worth the inconvenience.

For further local or national information about the Coronavirus pandemic please click the links below: