An ambitious raft of activity to bring Portsmouth one step closer to carbon neutrality by 2030 has been agreed Portsmouth City Council’s Liberal Democrat Cabinet today.

Portsmouth City Council's new carbon reduction strategy lays the foundations for the council, its suppliers and the wider city to come together to take action against climate change by focusing on projects that will have the most impact on carbon emissions. 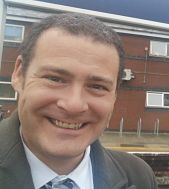 Fratton Lib Dem councillor, Dave Ashmore, who is also the city council's Cabinet Member of Environment and Climate Change said:  “Portsmouth is just one player on the global stage, but we are committed to taking action against climate change. This strategy sets out our ambitions to both change our own policies and behaviours, as well as tapping into local passion and expertise through the Portsmouth Climate Action Board to help businesses and individuals make changes too.”

Around 30% of the city's emissions (302 kilotons) are estimated to come from transport, but this is closely followed by carbon emissions from energy consumed in private homes (236.2 kilotons) and commercial activity (266.8 kilotons). The strategy reflects these facts and outlines priority action across a number of areas including property, energy supplies, transport and waste.

This includes reviewing the council's properties, fleet and supply chain to find greener ways of doing things, investing in the travel network to make it easier to travel by bike or on foot and ensuring new developments are as clean and sustainable as possible. The council is also about to embark on a critical review from Local Partnerships this year, which will include a costed action plan supported through the 2020/21 budget.

The strategy will be a living document and will be further developed based on conversations with residents, businesses and the Portsmouth Climate Action Board.

These proposals build on previous commitments that Portsmouth City Council has made to making the city a greener and cleaner place, which
include its recently-announced greenest budget ever, plans to build a food waste recycling plant and outreach activity with local schools.

Anyone interested in receiving news on the council's plans to tackle climate change can sign up to receive email updates from the council here.