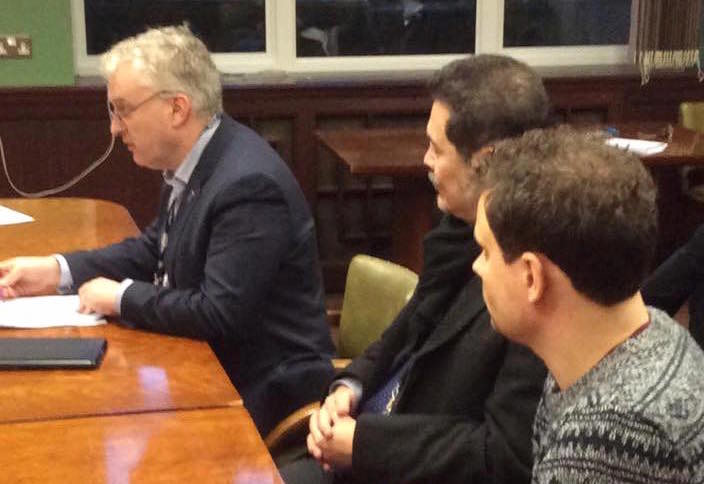 Following a long campaign by local Lib Dems and residents, the Conservative-run City Council did not suspend the LB Parking Zone on January 18th as previously announced.

This follows a Council meeting called by Liberal Democrat councillors (which the two Conservative councillors for St Thomas ward did not even bother to turn up to) where local residents, the local Lib Dem councillors Gerald Vernon-Jackson [pictured left] and Rob Wood [pictured centre] and campaign Tom Wood [pictured right] successfully persuaded the panel that the decision to suspend the parking zone must be reviewed.

Tom commented: "The Council initially said the suspension would go ahead on January 18th temporarily. Now, the parking zone will remain until he reviews his decision later in the year. This is undoubtedly due to pressure from the hundreds of local residents who signed our petition."

"However the parking zone is still not safe! Cllr Ellcome may stick by his original decision to get rid of the LB Parking Zone when he comes to review the decision later this year.  We need to keep up the pressure. If you haven’t already, please sign our petition."