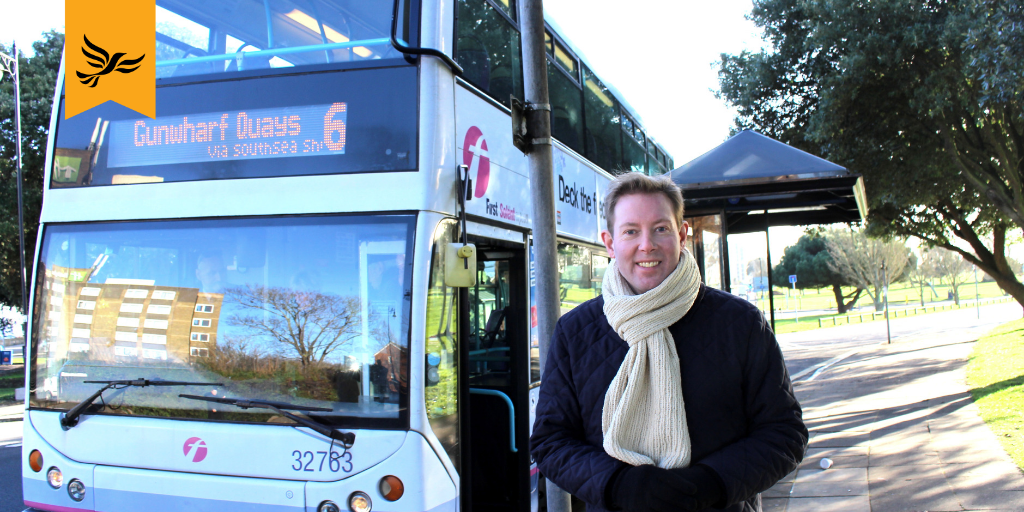 Local campaigner Chris Attwell thanks the hundreds of people who signed his petition, and whose support resulted in the new number six bus service linking The Hard with Southsea via Old Portsmouth starting this week.

“Following changes made to the Portsmouth bus network, by First Bus, last September, Old Portsmouth was left without a direct bus service to the shops in Southsea,” said Chris.

“These changes left many people feeling stranded and unable to easily access the services they need.

“It has been my great privilege to lead on a petition to bring back a direct bus service between Old Portsmouth and Southsea. I am writing to express my thanks to the many hundreds of people who signed that petition, and whose support has resulted in the new number six bus service linking The Hard with Southsea via Old Portsmouth.

“Thank you to the Lib Dem councillors who lobbied First Bus, on behalf of the residents of Old Portsmouth, and ensured that money has been found to subsidise this essential link.

“I have used the new service, a couple of times this week, and it is terrific to see so many people already using the number six.”