The Leader of the Lib Dem-led City Council, Cllr Gerald Vernon-Jackson, has this week outlined to the Government the national security concerns about the proposed Aquind Interconnector, which would land at Portsmouth.

As the Planning Inspector's report on the Aquind Interconnector, which is due to land in Portsmouth from France, is now on the desk of the Minister for consideration, Cllr Gerald Vernon-Jackson has outlined that he believes national security issues should also be considered in addition to the environmental and transport cases already presented.

Last year, a £250,000 fighting fund was created by the Lib Dem-led City Council to pay experts and lawyers to combat the controversial plans at the Public Enquiry to lay electrical cables through Portsmouth.

A decision must be made by the Minister by 8 September. 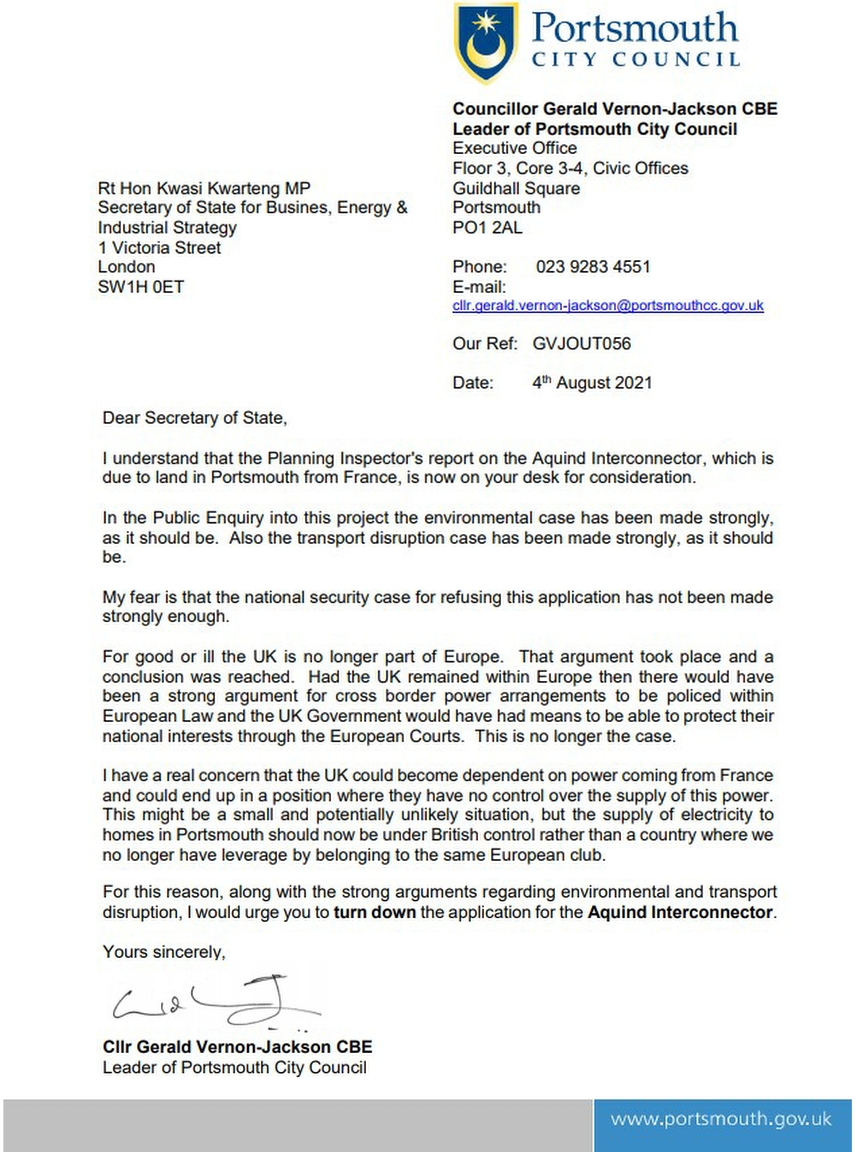