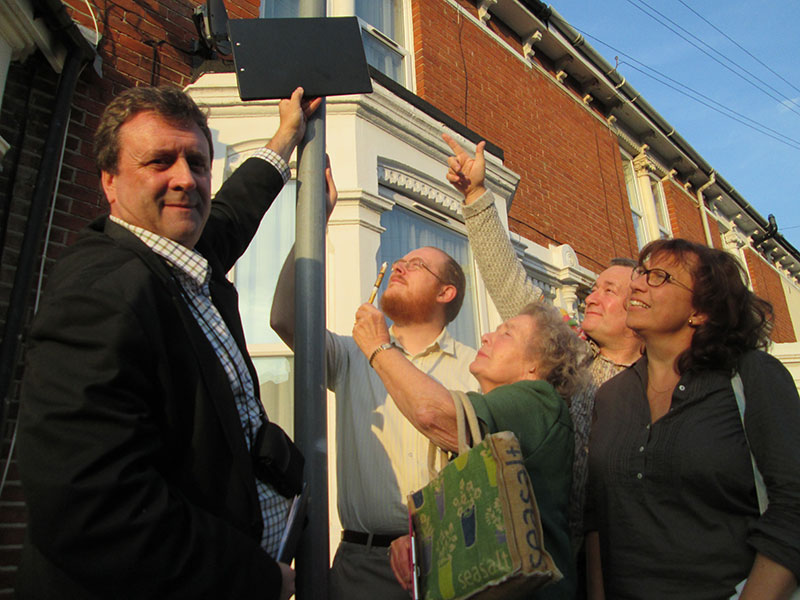 Hopes that those running Portsmouth City Council would listen to a huge petition from 2,000 local residents were dashed when UKIP, Conservative and Labour Councillors all joined together to out-vote local Lib Dems at the recent Full Council meeting.  This vote was a repeat of an earlier sub-committee where UKIP, Labour and Conservatives again ganged-up to veto attempts to get the scheme's so-called 'suspension' reconsidered. As before, lots of local people watched from the gallery to see local residents, led by Chetwynd Road's Suzy Horton, present the petition to all the councillors and explain why local people were pleading for the MB and MC schemes to be reinstated.

Astonishingly when asked why other residents' parking schemes are not being 'suspended' as part of a proposal - "in due course" - for a citywide parking review, including schemes bordering our area, Cllr Ellcome (Cons Drayton & Farlington Ward) boasted with a wry grin: "I may be brave, but I am not suicidal".  Residents and local Lib Dem councillors tried to reason explaining that MC and MB parking zones were working better than nearly all other schemes across the city, with a greater uptake of permits than most places and costing less.