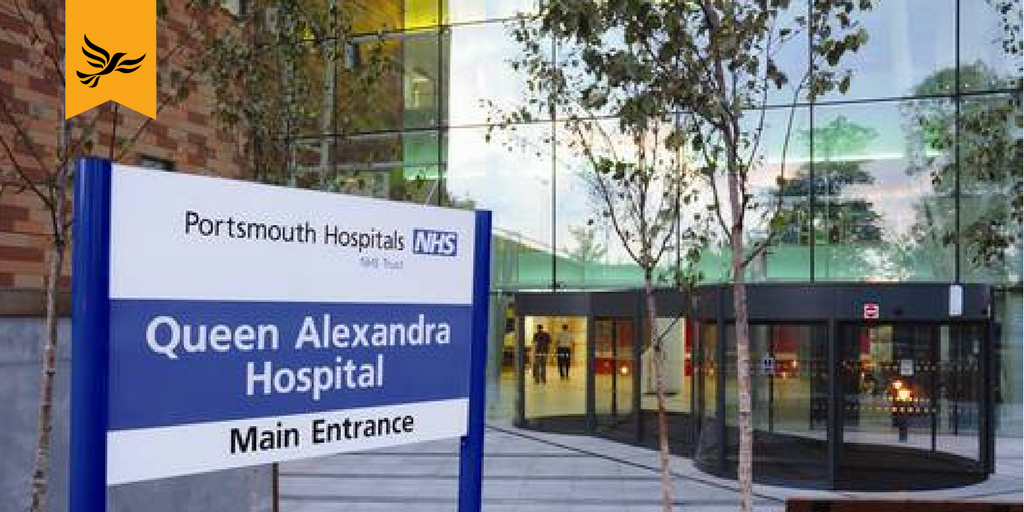 In the week to 31st December, 87 patients faced waits of over half an hour and 234 spent at least an hour waiting in ambulances outside A&E.

Analysis also shows that local hospitals are suffering from dangerously high bed occupancy rates. Portsmouth Hospitals NHS Trust has been  at least 95% full for 31 of 42 days.

This is way above the recommended maximum level of 85% bed occupancy that experts say must be maintained to protect patient safety.

The Liberal Democrats are calling for a penny on income tax for the NHS and care, which would raise £6bn a year, around £16m of which would go to (Portsmouth CCG) based on current allocations.

“These figures show the NHS crisis in Portsmouth is worsening. Hundreds of patients are being left stuck in ambulances outside A&Es while several hospitals are suffering from a severe lack of beds.

"Every ambulance stuck outside an A&E department could well be needed by another patient waiting desperately at home for help.

“Each day seems to bring yet more bad news about the state of the health service. The blame for this lies firmly at the government’s door.

“Ministers refused to provide the funding that top NHS officials said was necessary and now patients are paying the price.

“The Liberal Democrats will give the NHS and care the extra cash they desperately need by putting a penny on income tax, which would raise £16million a year for health services in Portsmouth alone."