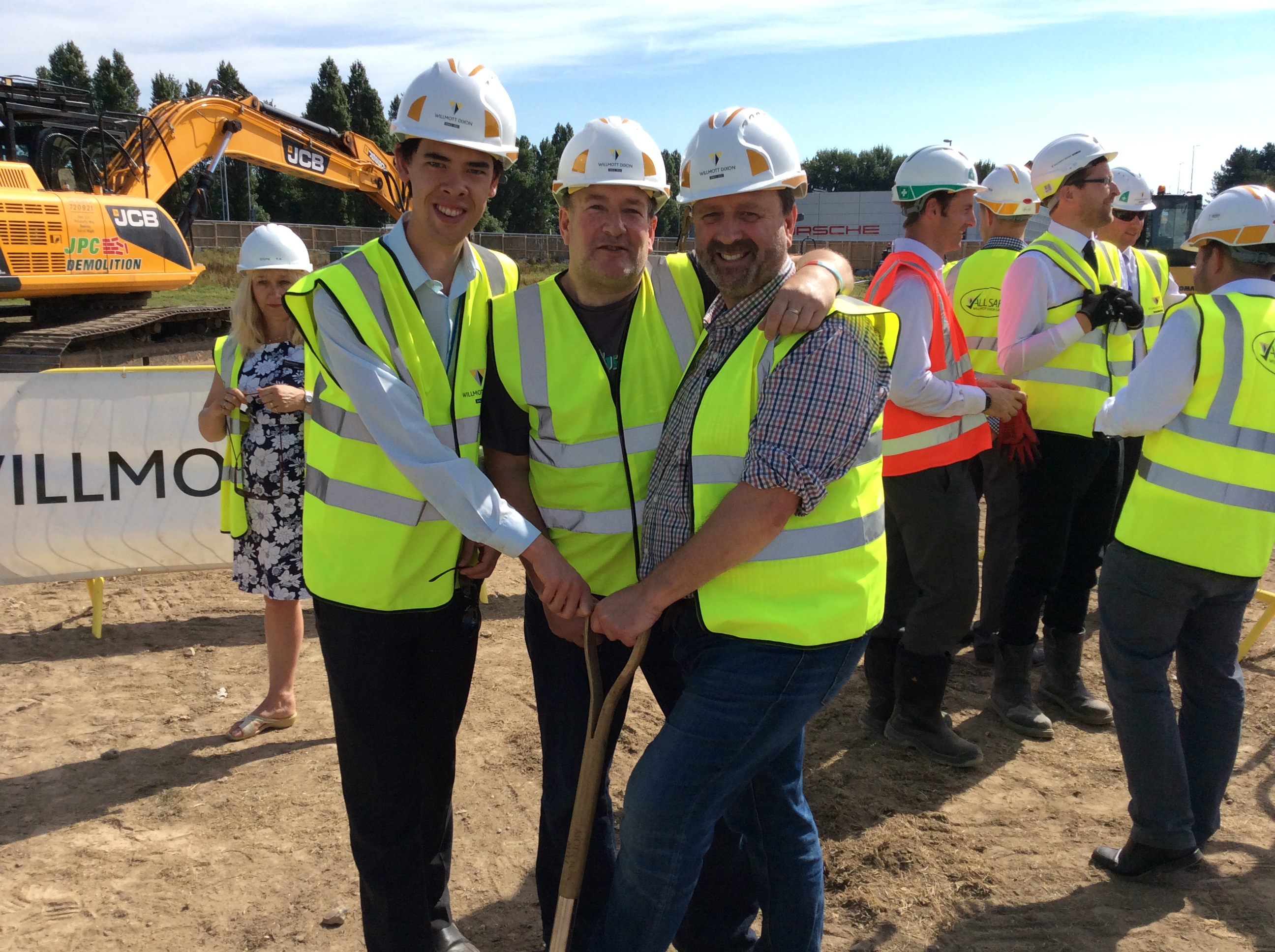 At the official groundbreaking ceremony, on the hottest day of the year so far, local Lib Dem councillors Lee Hunt (Central Southsea Ward), Ben Dowling (Milton Ward) and local campaigner Richard Adair were pleased to hear Willmott Dixon builders sticking to pledges there will be lots of apprentice opportunities for local people during the construction of Portsmouth's newest hotel. They aim to handover the newly constructed building to Village Hotels by late 2017.

At the planning stage last autumn, Cllrs Hunt and Dowling attended several meetings to back this new 135 room £16m as part of the expanding Village Hotels UK network. Situated at Lakeside, with easy access to Portsmouth International Ferry Port and Southampton Airport via M275 and M27, the hotel is creating new local jobs and the company pledges to engage with local communities too.