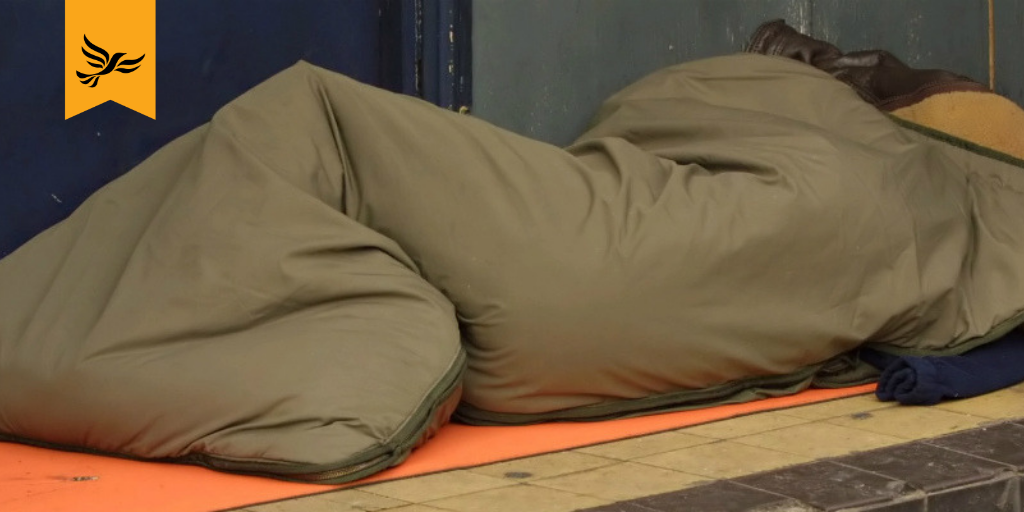 The hope is to find enough new properties on the island that could be purchased and transformed into temporary accommodations for those sleeping rough.

The money will come from the council’s coffers, from a pot previously used by the Conservatives to buy out-of-city commercial properties.

Lib Dems believe that investing in Portsmouth properties is better than spending money on a Waitrose in Somerset - like the previous Conservative administration did - when we could buy homes for the homeless.

When we resumed control of the city council, putting that right was a priority. This is only the start.

Councillor Gerald Vernon-Jackson, Lib Dem leader of Portsmouth City Council said the city was determined to do all it could to help the homeless and confirmed the property hunt would begin this month.

“It’s really important we take real action to make sure we reduce homelessness in the city. We’re looking at spending £1million to go out and buy houses in the city for people who are homeless to live in. While other councils are cutting support for homeless people, we will be doing the opposite. I hope this will get people off the streets.”

The news has been welcomed by Trevor Pickup, the chief executive of homelessness charity, the Society of St James. The organisation deals with hundreds of homeless people across Hampshire and dozens in Portsmouth. Mr Pickup felt the new measure by the city council could help speed up the way homeless people get through the system. He said it would provide people with ‘stability’ while they looked to get back on their feet and find a permanent home.

‘We’re running additional emergency allocation and we see about 45 people a night come in to that,’ he said. ‘In spite of all that we have still got people on the streets and we’re still unable to meet the need. It’s still pretty tough.’

Funding for Portsmouth’s rough sleeping plan for the next two years has already been secured. The strategy will involve other organisations, including charities and health boards, helping to create personal plans for individuals. It is hoped this will help homeless people to find accommodation as well as dealing with employment, mental or physical health, drugs, alcohol and debt issues.