70 Flats To Be Built on Goldsmith Avenue 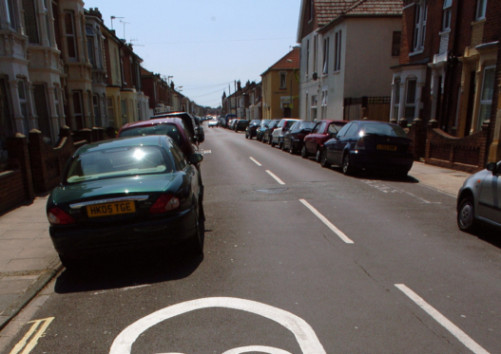 The city's planning committee have voted to approve 6-storey and 4-storey blocks of flats to house 262 new residents in 70 new flats on the former Bunny's car breaker yard and run of businesses (between Fratton railway bridge and the railway footbridge) but with only 49 parking spaces!

This failed planning means that there will be significant over flow parking into Talbot Road, Orchard Road and surrounding streets causing even more problems following the removal of the MB and MC parking zones.

For residents along that part of Orchard Road, who have lived there for years, they will now have a 19-metre-high brick construction at the end of their gardens with an elevation upwards of 50 degrees before they can see any sky.

Lib Dem councillor Lee Hunt commented after the planning committee: "I attended representing the local Lib Dem team and residents objecting to the development arguing against the 'cram-em-in' plans plus traffic and parking issues and pleaded that any development respect the height and character of nearby homes asking the committee to tell the applicants to come back with a much less dense development that would be acceptable to local residents pointing out, for example, Rowan Court further along Goldsmith Avenue; however this plea was ignored as were all the residents objections."

All the Conservative Councillors voted for this along with the UKIP representative. The Labour councillor said nothing, whilst the Lib Dem Cllr Hugh Mason proposed the plans be REFUSED as overbearing, too tall, unneighbourly, overdevelopment and lack of parking and traffic issues, but he was out-voted 6 votes to 1.