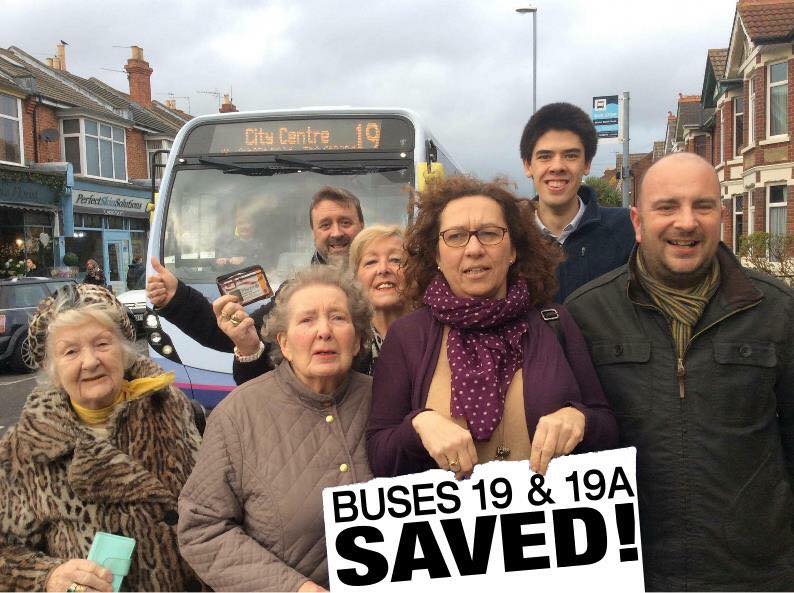 The 19 bus has been saved despite the Conservative-led council proposing to cut the bus service. This is the last remaining service to Winter Road and it connects the City Centre to Southsea, Baffins and North End.
If the Conservative proposal had been approved, the 8 bus stops on Winter Road would have been permanently removed. The local Lib Dem Team were concerned that this would have a very negative impact on those of you who rely on public transport and also affected trade for local businesses.
We are delighted to report that, following representations on your behalf to the Conservative Cabinet Member for
Traffic and Transport, we have persuaded him to change his mind and leave the service in place.