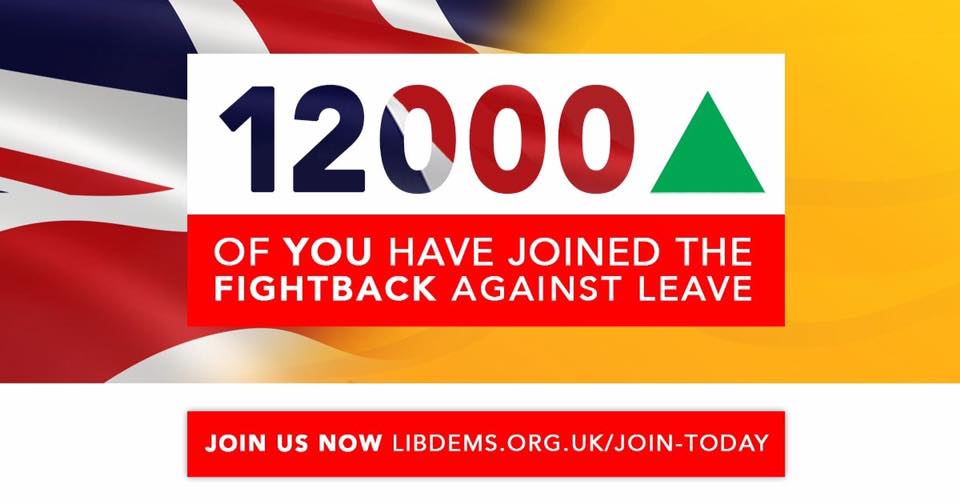 Over the past week, over 12,000 people have joined the Liberal Democrats as the only party united in standing up for Britain's place in Europe.

Whilst Labour and the Conservatives are pre-occupied with internal fighting, the Lib Dems are the party fighting on the side of millions of British people who see a positive future for Britain in Europe. Join the fightback: http://www.libdems.org.uk/join.