People rally to save Southsea 'STRANGER' mural from Tory axe 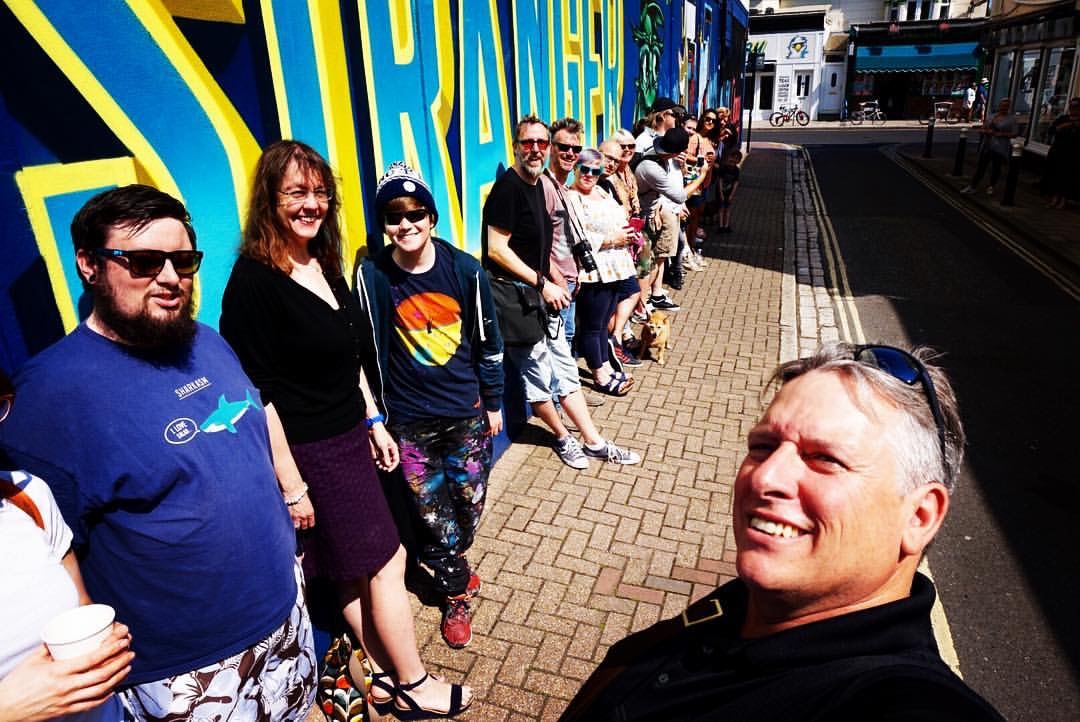 Just about a year on from a street row with popular Southsea arts cafe and cultural venue Tea Tray In The Sky, numerous social media comments and media outlets report Portsmouth City's Conservative Culture and Arts boss, is at it again.

Portsmouth residents rallied against the destruction of a local street art mural by national renowned street artist, Gary Stranger, in Clifton Road on the side of the old Grovesnor Casino on Osborne Road. The artwork murals are curated by Tea Tray In The Sky and on the hoardings with the permission of Grosvenor Casino, but Arts boss Councillor Linda Symes doesn't like it and wants it to go!

The curators report on social media that Grosvenor Casino is under pressure from the Tory Councillor, who represents St. Jude Ward on the City Council and lives nearby, to paint over the 'STRANGER' mural; so rather than lose the casino's cooperation and along with it all the street art work on the hoardings turning into Osborne Road, they agreed to paint over the Clifton Road side.

Local Councillor and Lib Dem Arts and Culture Spokesperson, Lee Hunt, who represents Central Southsea on the City Council says "It's shocking to see how someone can use their elected influence to destroy something that they just don't like". Lee adds "I think we owe a big thanks to everyone who prevented this abuse of power". "It seems this has all happened without the knowledge of the City Council's Culture and Arts teams" Lee added.

On hearing about the destruction of the 'STRANGER' mural local residents, traders, social media, arts and cultural networks rallied to condemn the loss. Today (Sunday) at the time of the planned painting-over lots of people stood in
front of the mural to save it.