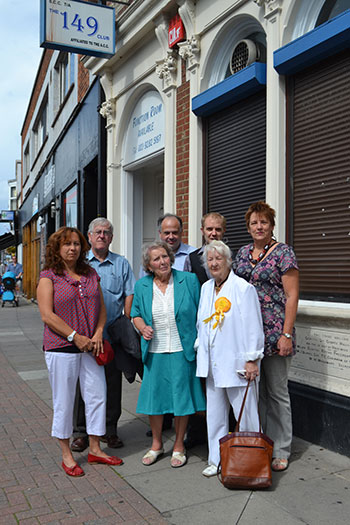 Hundreds of local residents joined with local Lib Dems to fight plans for a lap-dancing club in the old Conservative Club in Albert Road.

Tory Deputy Leader of the City Council told 'The News' it was all, "frankly quite funny". Planning councillors agreed with Lib Dem Cllr Lee Hunt that it was not funny at all and unanimously rejected the plans.

The applicant says he will appeal to Bristol-based Government Planning Inspectors to overturn the decision.

“Many local families and school children live in the area. It just isn’t appropriate for this sort of establishment to be here.”