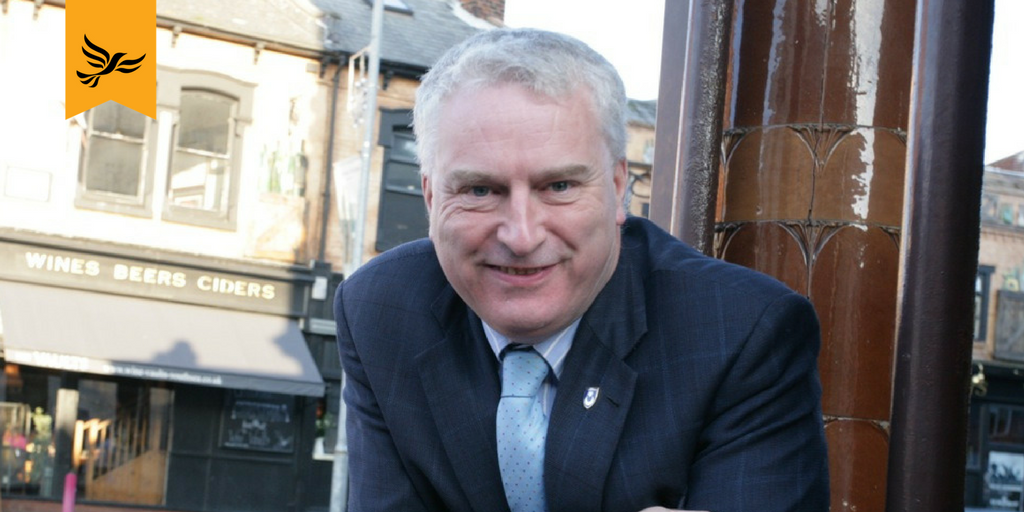 Gerald Vernon-Jackson was the Leader of Portsmouth City Council for ten years. He led the city through turbulent times but also where the city made real progress.

He pushed through a £1.45 million loan from the City Council to the Portsmouth Supporters Trust to enable them to buy the Football Club and stop it going into liquidation.

Under Gerald Vernon-Jackson’s Leadership the Liberal Democrats ran Portsmouth City Council for ten years (2004-2014). They found £5 million to build new school classrooms for an extra 1,000 pupils. They started building council houses for the first time in a generation. They saved the Kings Theatre and the New Theatre Royal from closing down. Gerald also spearheaded the campaign to get a World War Two War Memorial finally built in Portsmouth to commemorate the 3,000 Portsmouth citizens who lost their lives in the war.

He successfully worked to stop the last Labour Government pulling the Royal Navy out of Portsmouth when this was threatened in 2008. He campaigned to keep the carrier programme from being scrapped by the current Government. This will see the new carriers based in Portsmouth and the future of the Navy in Portsmouth guaranteed for the next 40 years. This will see thousands of jobs secured in the dockyard.

Gerald led the Portsmouth Liberal Democrats into running Portsmouth City Council once again in May 2018 and remains a dedicated ward councillor for Milton; currently working to prevent over-development at St James' Hospital.