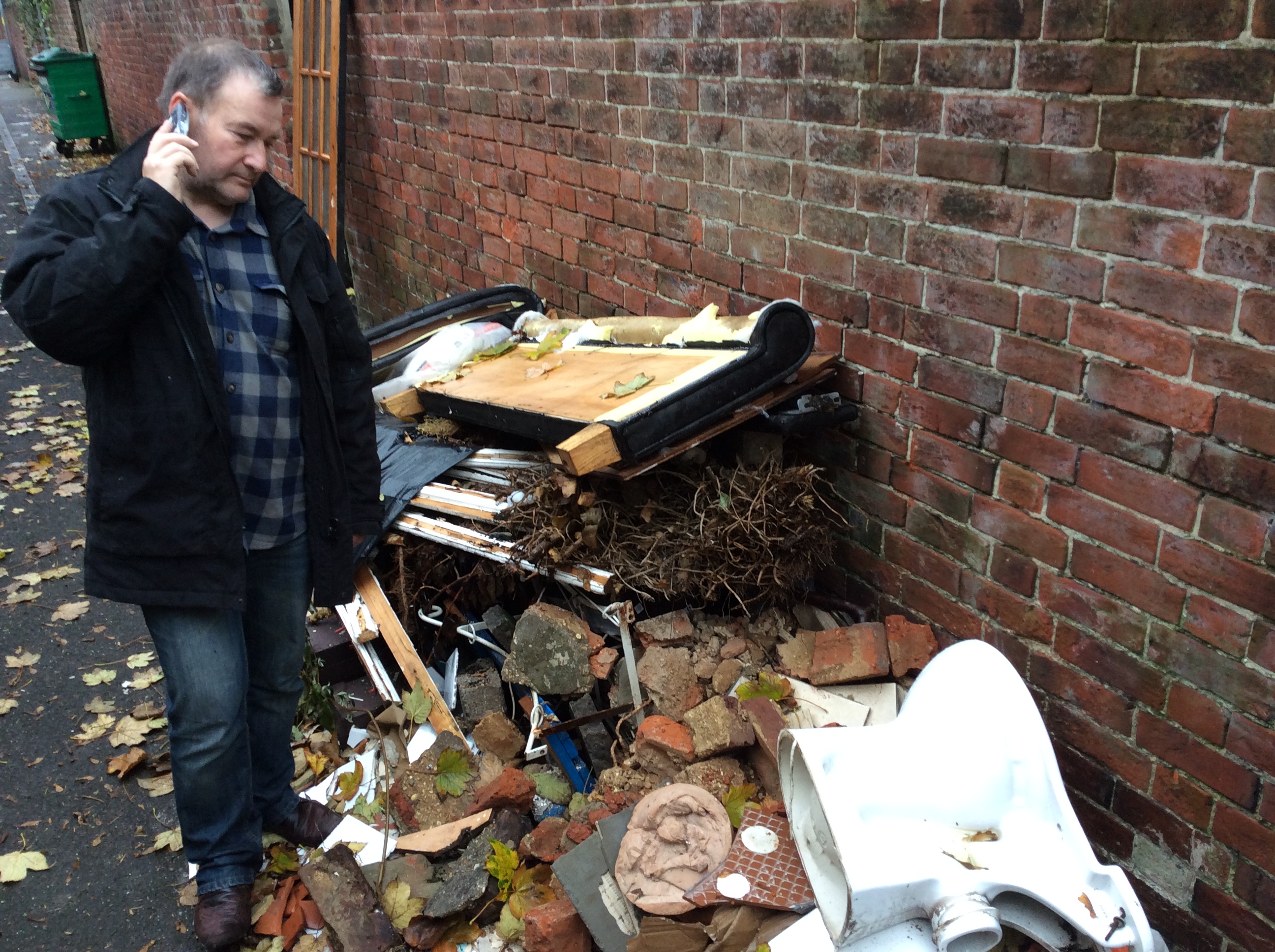 I asked Cllr Rob New (Conservative Administration decision-maker) to reverse his decision to close the tip on Thursdays and to reverse his charges, telling him how unpopular his decision is with residents. Producing a photo of the most recent example I explained how DIY waste was being fly-tipped and fly-tipping was going up.

Anticipating a defence that things were getting better I explained that residents see fly-tipping as worse and people are confused and put off going to the tip to face charges. To back this up I gave examples, like the below pic (from 2 days ago) and consequences. At the same time I also welcomed recent prosecutions, but explained the cost of officer time and money to investigate cases won't ever be recovered in costs awarded to the Council, so it will be better to open keep the tip open and promote safe tipping by removing charges, which encourage fly-tipping.

Officers stated the amount of DIY waste fly-tipping (weighed by tonnes compared to recent years) is going DOWN across all possible services including on-street and open spaces (fly-tipping), via (screening of the household waste systems) etc; however Collette admitted fly-tipping cases overall have gone UP. I have asked for the city's/Colas definition of DIY waste and for details/comparisons.

Officers further reported that more people are buying skips and Hippo Bags to dispose with waste from homes etc; also a prolific fly-tipper is facing a custodial sentence after a joint investigation by Portsmouth, Southampton and Gosport. Again Dave and I welcomed this.

Rob New attacked and blamed Lib Dems and The News for confusing people about what can or can't be tipped.  He just doesn't 'get' that Tory policies around this and waste services are sending all the wrong messages. He got quite cross about this and really went for Lib Dems, our leaflets and The News carrying pictures of fly-tipped sofas, fridges, freezers, carpets, furniture etc; all
fly-tipped on local streets.

The decision he made yesterday was to implement the Thursday closure and reduction in hours of operation of the tip in October 2017 (instead of now); however the charges were not considered and REMAIN.

In conclusion they are working flat- out to keep a lid on this, but flytipping overall is going up.

Last night along with other Lib Dems we talked with lots of Baffins Ward residents last night - two people complained to me about the tip charges. One man as really annoyed as he took just EIGHT tiles up there to dispose with safely and was charged £2.50p ... we then had a discussion about all the new charges citywide.