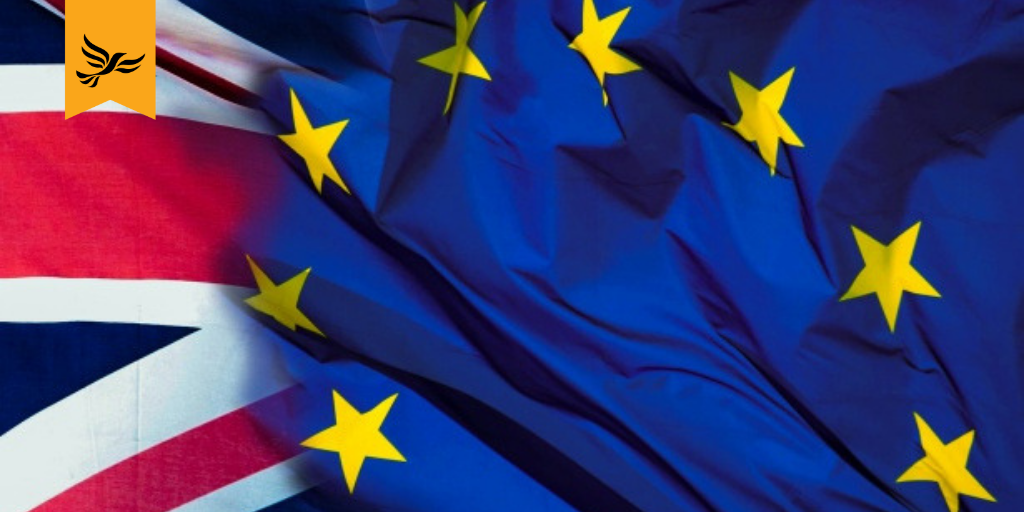 We’re rapidly approaching the October 2019 exit date from the European Union and we are no clearer what Britain’s future will look like post-Brexit.

The Conservatives are bitterly divided on what form of Brexit to pursue, but seem to favour a disorderly “No Deal” Brexit, which will harm jobs and the economy.

Meanwhile, the Labour Party seem just as divided and are failing to stand up to Conservatives.

The Liberal Democrats are united in fighting for our place in Europe. We want you to have the final say on the Brexit deal, with the option to remain.

The Liberal Democrats will use your contact details to send you information on the topics you have requested. Any data we gather will be used in accordance with our privacy policy at www.libdems.org.uk/privacy To exercise your legal data rights, email: data.protection@libdems.org.uk.